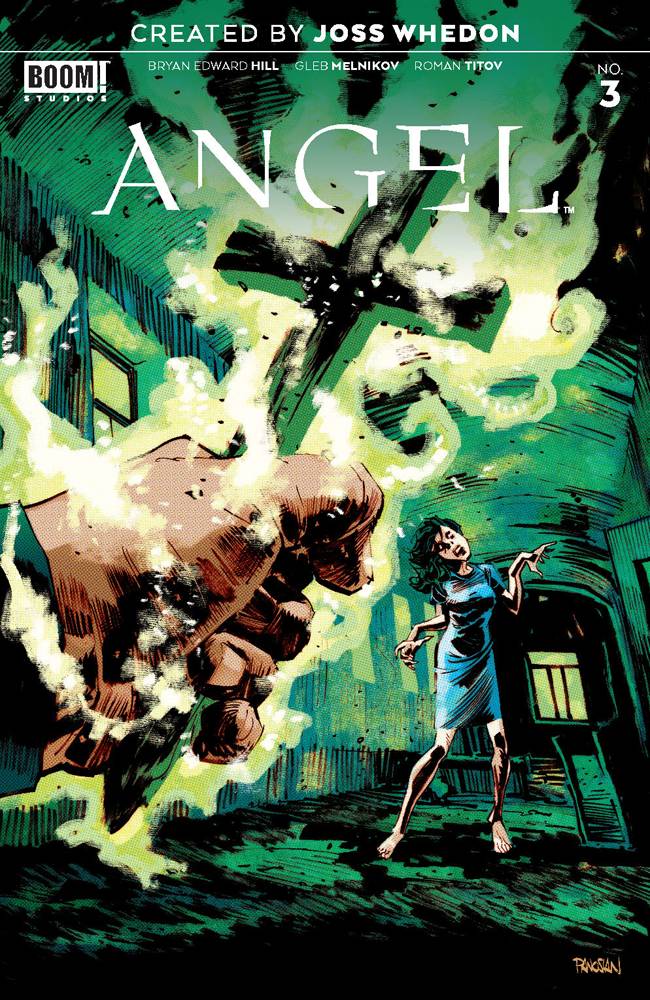 #
FEB198303
(W) Bryan Edward Hill (A) Gleb Melnikov (CA) Dan Panosian
BOOM! Studios, along with visionary writer and director Joss Whedon (Buffy the Vampire Slayer, Marvel's The Avengers), presents the shocking reimagining of the pop culture phenomenon ANGEL!
Angel walks the line between two worlds; a vampire cursed with a soul, he's spent centuries battling back the forces that would destroy humanity, in an attempt to redeem himself for the crimes committed by the monster he was when he was first turned. But now, when the trail of the most recent demonic uprising takes him to Sunnydale, he realizes that the redemption he seeks can only come at a startling price.
As Angel reunites with old friends and old spirits in Sunnydale, he comes face to face with a new demon -- one set on destroying a generation that Angel is entirely unfamiliar with. Will Angel be able to adapt to this new kind of foe...or will he succumb to the demons of his dark and terrible past as Angelus?
Following the journey of Angel through past and present, critically-acclaimed writer Bryan Edward Hill (Detective Comics, Killmonger) and artist Gleb Melnikov present a brand new, modern take on one of the most iconic vampires in pop culture, perfect for fans and new readers alike!
In Shops: May 29, 2019
SRP: $3.99
View All Items In This Series