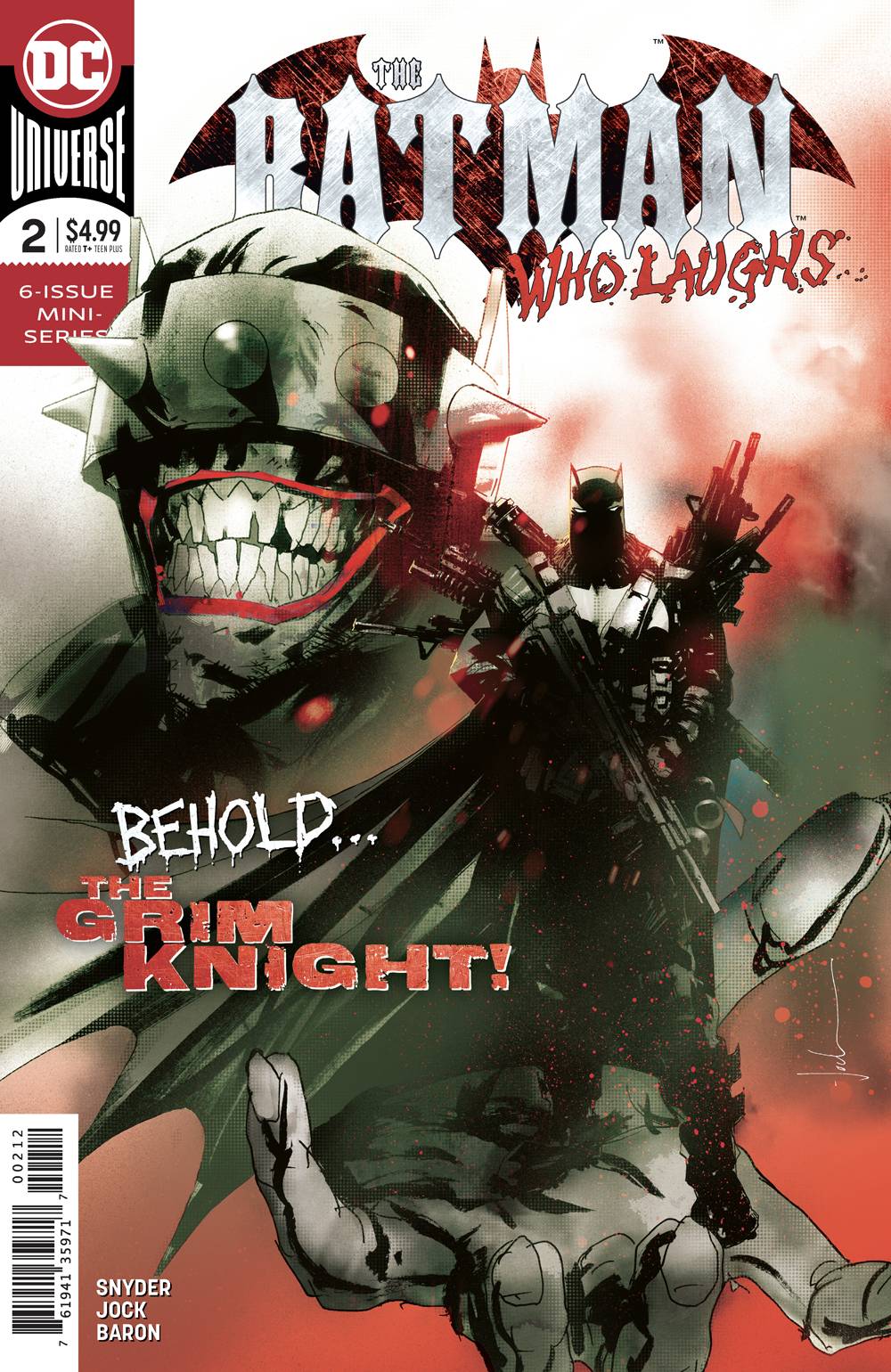 #
FEB198169
(W) Scott Snyder (A/CA) Jock
After the shocking ending of issue #1, a ticking clock sets Batman on a trail throughout the different realities of the Multiverse. He starts to see all the iterations of his life, and what could have been...but more importantly, Bruce Wayne begins to deduce that his current life is somehow wrong, and that all the mistakes he's made are somehow connected. Meanwhile, the Batman Who Laughs raises the curtain on his second act, pulling out the big guns to break into Arkham Asylum... enter one of the most punishing Batmen of the Dark Multiverse: the Grim Knight!
In Shops: Apr 17, 2019
SRP: $4.99
View All Items In This Series
ORDER SUBSCRIBE WISH LIST