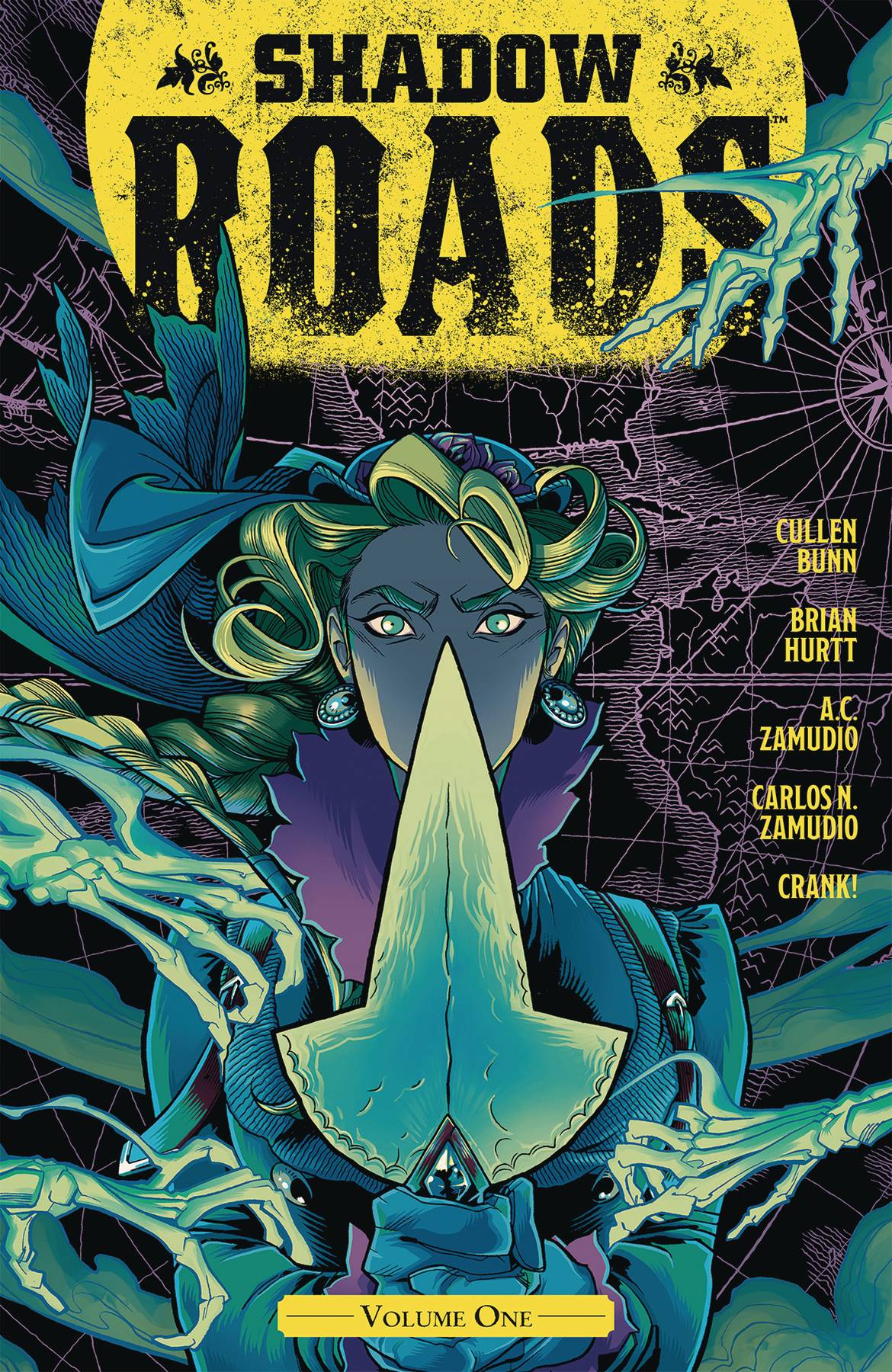 #
FEB191885
(W) Cullen Bunn, Brian Hurtt (A/CA) A.C. Zamudio
The world is thinnest at The Crossroads, a mythical plane that serves as a doorway throughout the universe. It is here that a band of adventurers throughout the Wild West gather, brought together by Kalfu and Abigail Redmayne with a singular purpose: to fight back against the creatures that would endanger the sanctity of all creation. Shadow Roads, a stand-alone story, is the set in the world that remains after the conclusion of Cullen Bunn, Brian Hurtt, and Bill Crabtree's critically-acclaimed series, The Sixth Gun. Collects the first arc, issues 1-5.
In Shops: Jun 19, 2019
SRP: $19.99
View All Items In This Series
ORDER WISH LIST