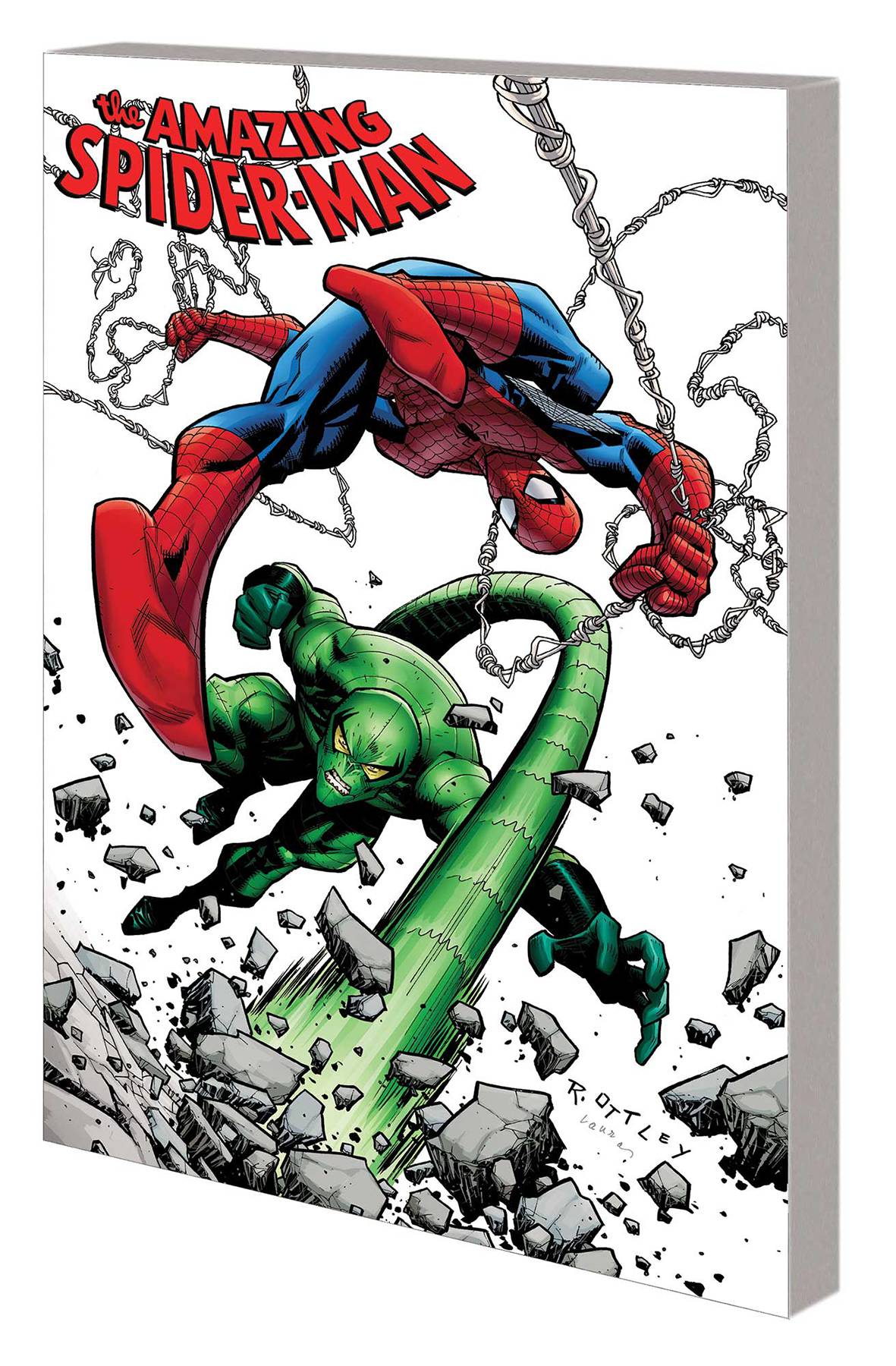 #
FEB190997
(W) Nick Spencer (A) Chris Bachalo (A/CA) Ryan Ottley
Is the world ready for a pro-Spider-Man JJJ?! J. Jonah Jameson has a new job - as a shock jock. Spidey's post-secret-identity relationship with Jonah was already complicated, but this very controversial public embrace may put him over the edge! Which means it's bad timing for the Enforcers to come at him harder than ever! But Spidey isn't the only one getting attacked. Jonah himself is in deep trouble. Who, other than most of New York, would want to punish J. Jonah Jameson? Aunt May is in danger as well, and only Spider-Man can help her! You may think you know where a story like this is going, but you don't. Because Taskmaster and Black Ant are on the scene, and they don't have a problem with collateral damage! Collecting AMAZING SPIDER-MAN (2018) #11-15.
Rated T
In Shops: May 01, 2019
SRP: $15.99
View All Items In This Series