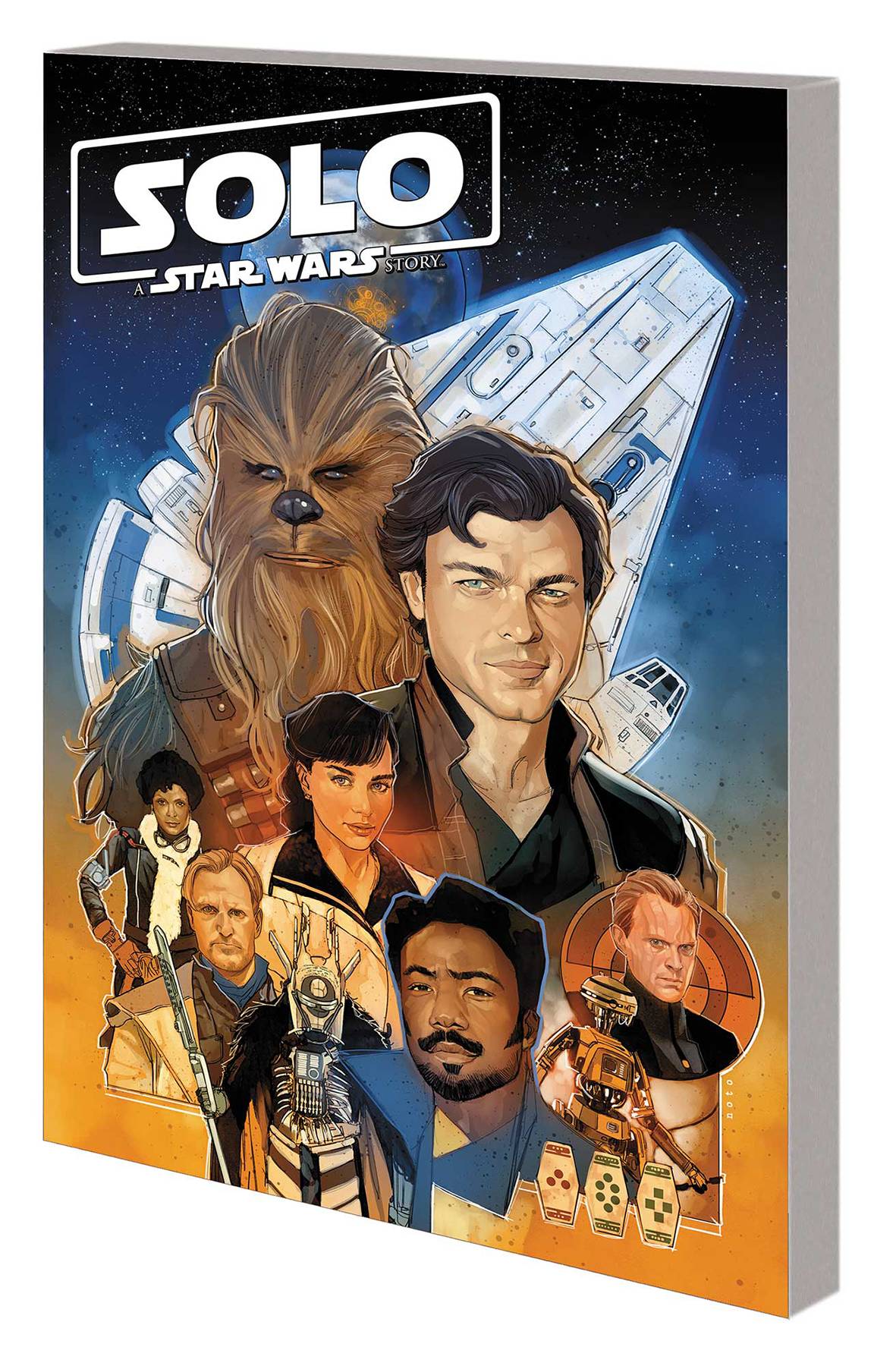 #
FEB190988
(W) Robbie Thompson (A) Will Sliney (CA) Phil Noto
Learn the full story of the galaxy's most lovable scoundrel in this adaptation of the blockbuster Star Wars prequel! After leaving the Imperial Navy, a young Han Solo seeks adventure by joining a gang of galactic mercenaries - and soon meets notorious gambler Lando Calrissian and a 196-year-old Wookiee named Chewbacca! Witness Han's first flight in the Millennium Falcon - and join him on the legendary Kessel Run! But can even the fastest ship in the galaxy help Han accomplish an impossible heist for ruthless gangster Dryden Vos? There's more to this story than you saw in any theater! Collecting SOLO: A STAR WARS STORY ADAPTATION #1-7.
Rated T
In Shops: Jun 05, 2019
SRP: $19.99
ORDER WISH LIST