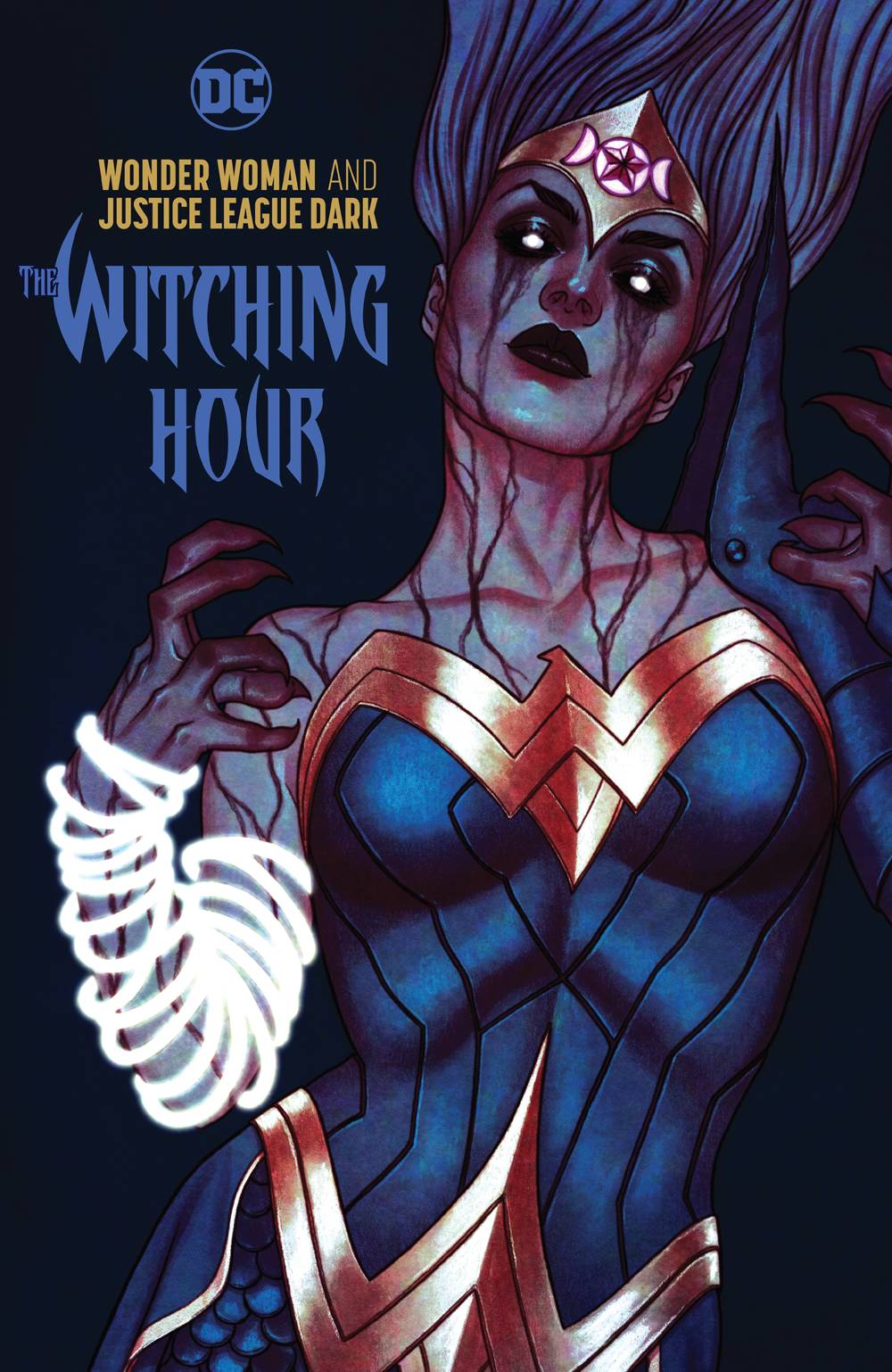 #
FEB190620
(W) James TynionIV (A) Jesus Merino, Alvaro Eduardo Martinez Bueno, Emanuela Lupacchino, Fernando Blanco, Miguel Mendonca, Ray McCarthy, Raul Fernandez (CA) Jenny Frison
An ancient force of dark magic is stirring, and the Justice League Dark stands in its way-and the source of its power lies deep inside the soul of their leader, Wonder Woman! Hecate, the witch-goddess of magic, always knew that this day would come, when the monsters from which she originally stole the power of magic would return. All these millennia, she's been hatching a plan, and now is the time to take back and use the power she's hidden across Earth inside the Witchmarked, human beings with vast reservoirs of power secreted inside them. Collects Justice League Dark/Wonder Woman: The Witching Hour #1, Wonder Woman/Justice League Dark: The Witching Hour #1, Wonder Woman #56-57 and Justice League Dark #4.
In Shops: May 01, 2019
SRP: $24.99
ORDER WISH LIST