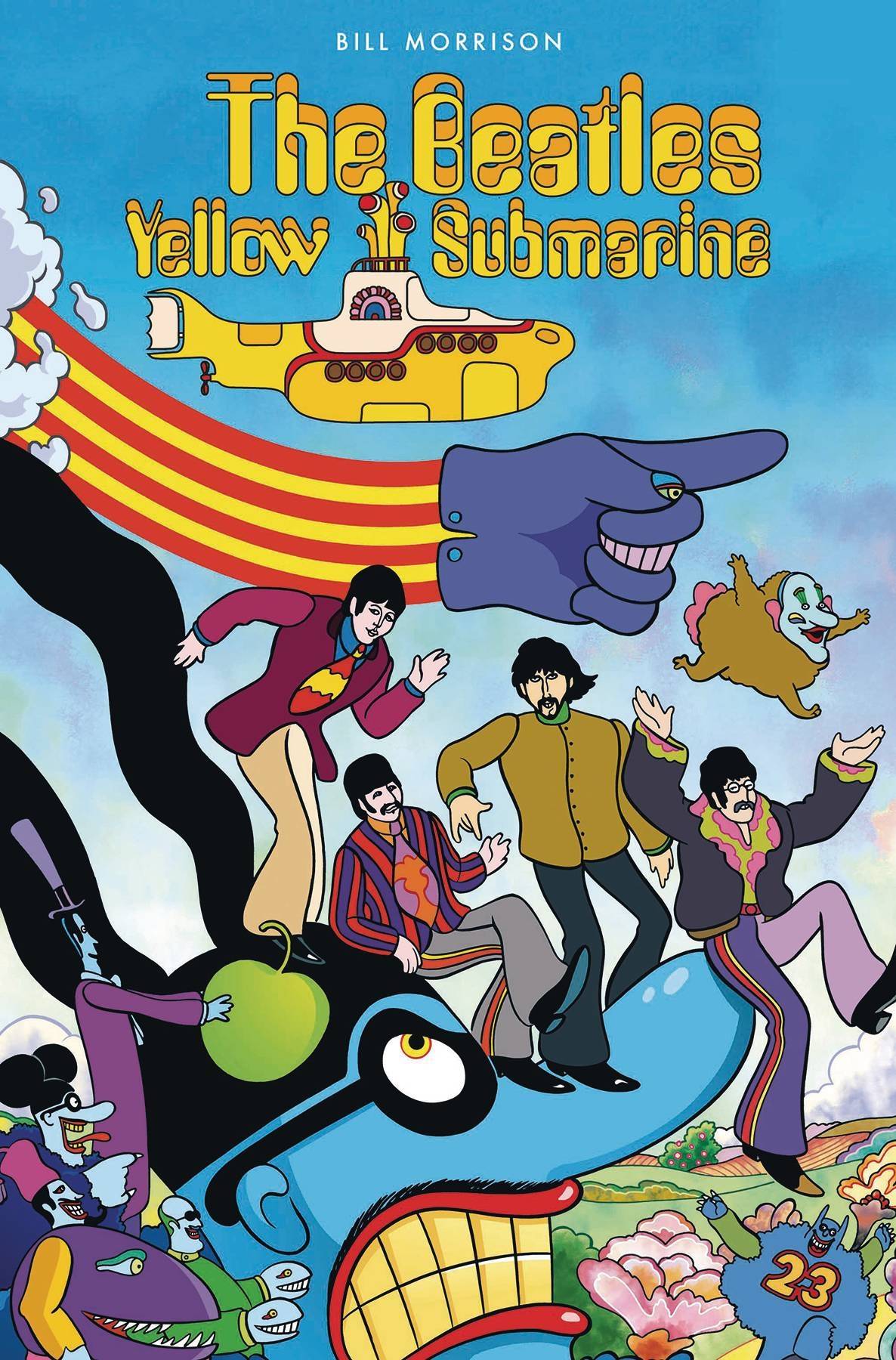 #
FEB181797
(W) Bill Morrison (A) Bill Morrison
The official graphic novel adaptation of The Beatles' iconic animated film, Yellow Submarine, released to coincide with the 50th Anniversary of its release! Written and illustrated by Bill Morrison, Editor of MAD Magazine! The Beatles are recruited by the captain of the Yellow Submarine to help him free Sgt, Pepper's Lonely Hearts Club Band, and the world of Pepperland from the music-hating Blue Meanies.
In Shops: Aug 22, 2018
SRP: $29.99