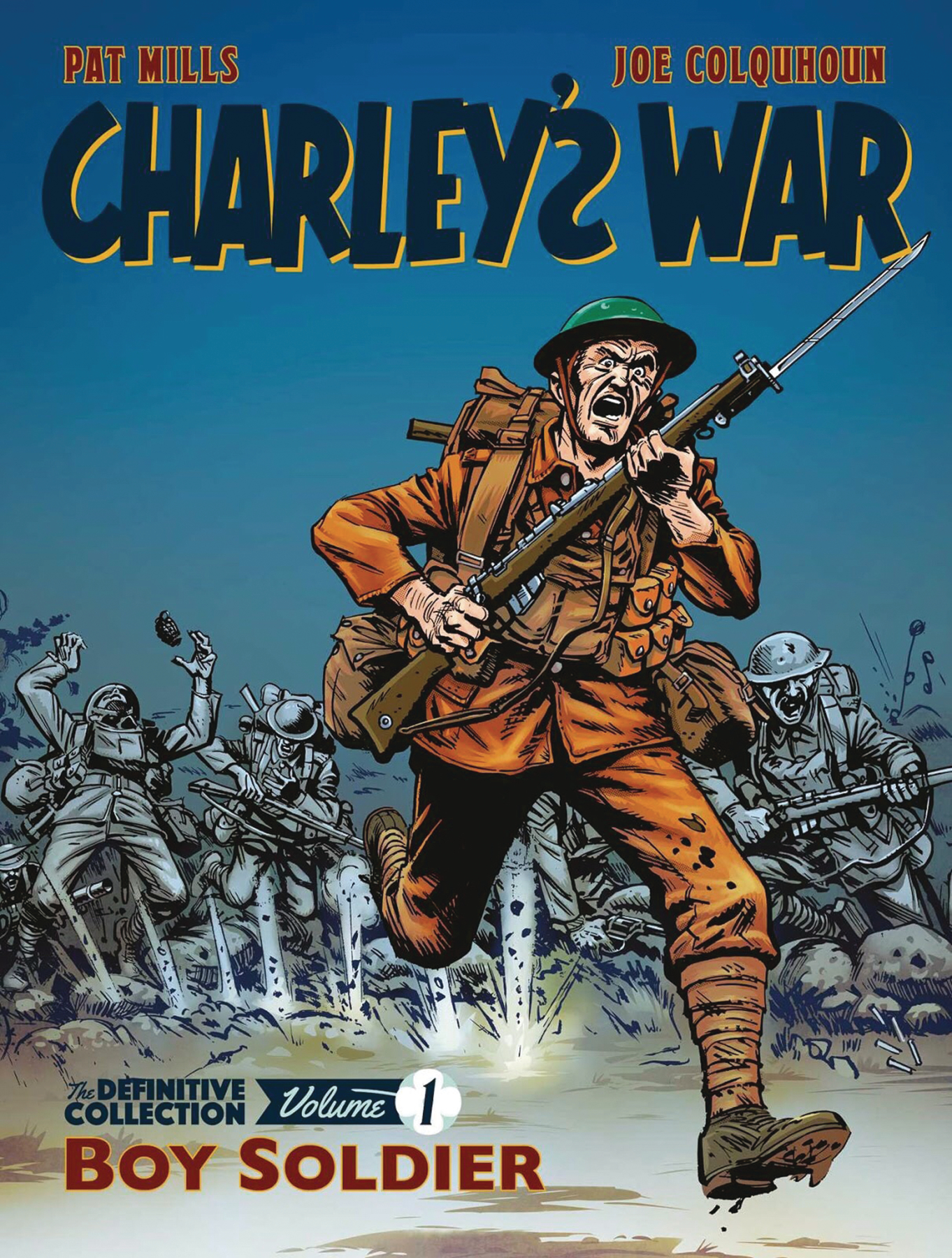 FEB181726
(W) Pat Mills (A) Joe Colquhoun
Join 16 year-old Charley Bourne as he eagerly signs up to fight on the Western front in 1916. The idealistic working class boy experiences the perilous arena of trench warfare, where every waking moment is a bitter fight for survival. As visceral, thrilling and compelling as on its debut, this intensely dramatic war story is the finest the comic book medium has ever produced. Written with acute political and historical insight by British comics legend Pat Mills, it is illustrated throughout with the breathtaking artwork of Joe Colquhoun. This first volume of Charley's War includes Charley's harrowing participation in one of the bloodiest encounters in human history, the Battle of the Somme.
In Shops: May 23, 2018
SRP: $26.99
View All Items In This Series
ORDER WISH LIST