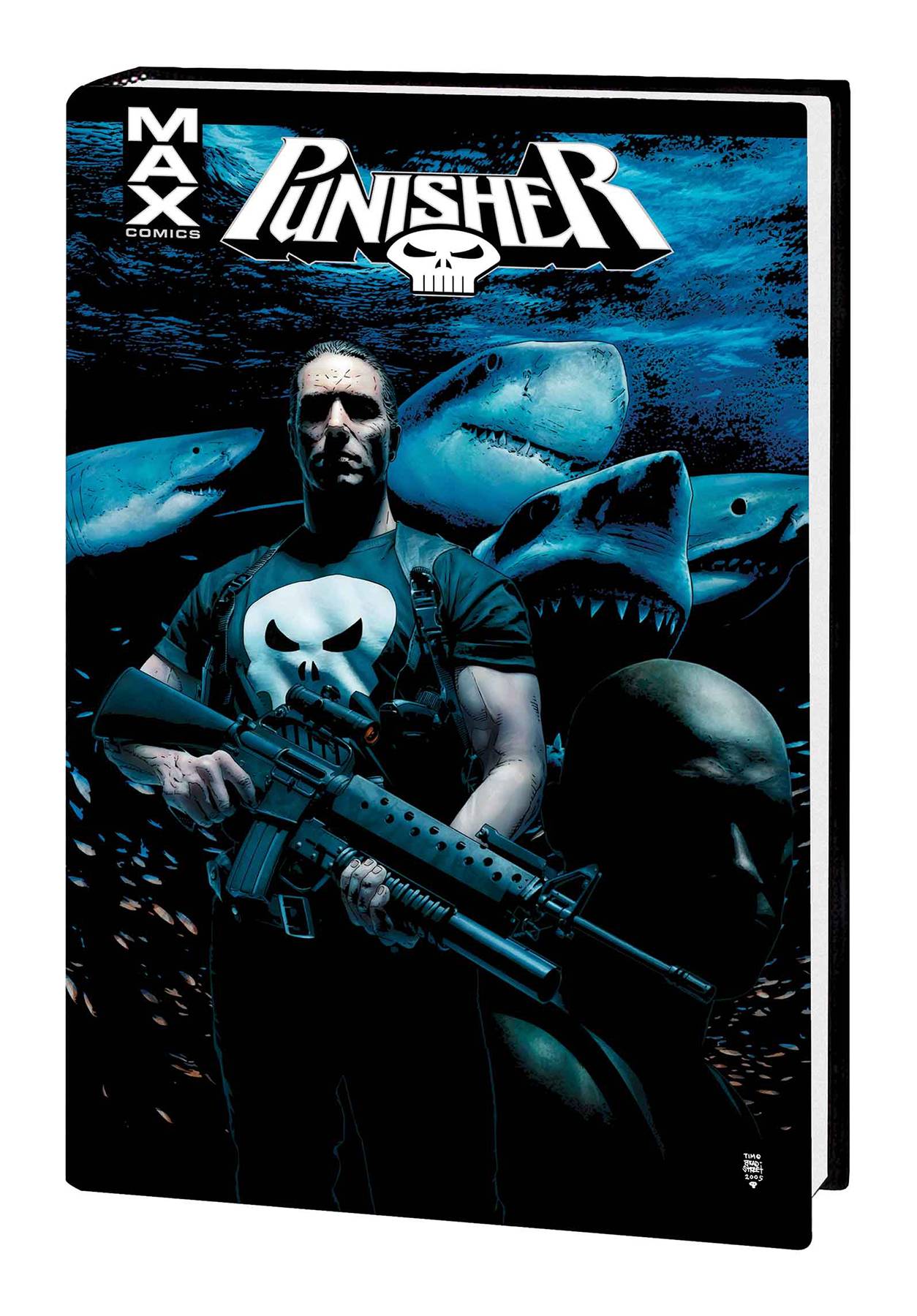 #
FEB180917
(W) Garth Ennis (A) Goran Parlov, Leandro Fernandez, Lan Medina, Howard Chaykin, John Severin, Lewis LaRosa, Richard Corben (CA) Tim Bradstreet
The Punisher takes on all comers as his bloody war on crime continues! Frank Castle has faced some fearsome foes in his day, but none as stone-cold rotten to the bone as the Barracuda. You don't want to see him smile! Then, Frank gets into a grudge match with a Soviet war criminal known as the Man of Stone. But even that hell can't match the fury of five women scorned: Frank killed their husbands, and now they're out for payback. Plus: The Punisher hunts the biggest game of all! Barracuda seeks bloody revenge! And tales from Frank Castle's beginning and end - featuring his childhood and his last stand in an apocalyptic future. Nobody takes Punisher to the MAX like Garth Ennis! Collecting PUNISHER (2004) #31-60, PUNISHER PRESENTS: BARRACUDA #1-5, PUNISHER: THE TYGER, PUNISHER: THE CELL and PUNISHER: THE END.
Explicit Content
In Shops: Aug 01, 2018
SRP: $100.00
View All Items In This Series
ORDER WISH LIST