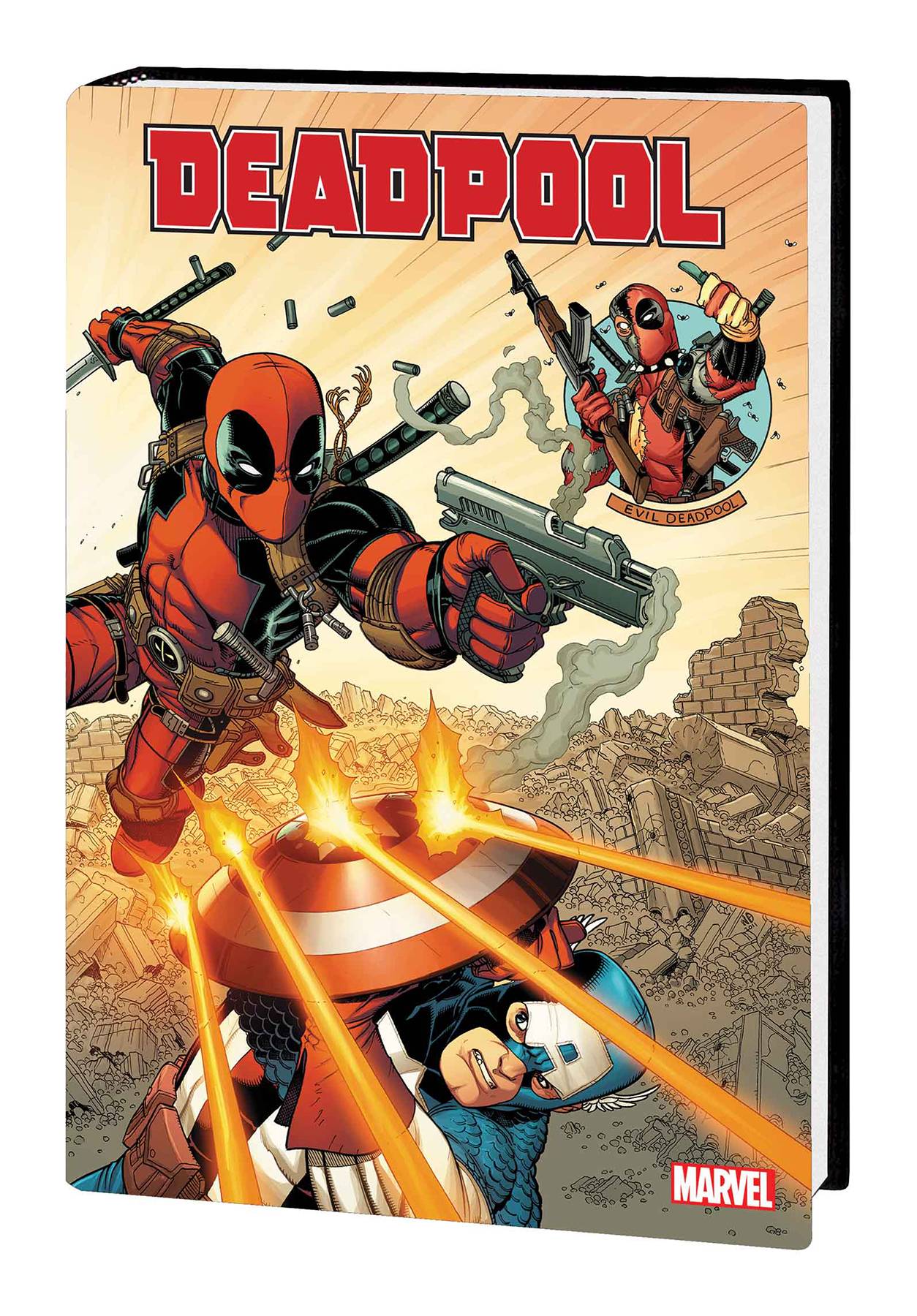 #
FEB180916
(W) Daniel Way (A) Carlo Barberi, Bong Dazo, Sheldon Vella, Salva Espin, John McCrea, Ale Garza, Shawn Crystal, Matteo Lolli, Filipe Andrade (CA) Nick Bradshaw
Daniel Way's wild and wacky Deadpool run concludes! But can it be that Steve Rogers wants the motormouth merc on his hush-hush Secret Avengers? No-good, lousy Draculas are more Deadpool's speed! But as Wade heads into space to up his intergalactic cred, will taking on alien assassin Macho Gomez and the immense Id the Selfish Moon cement him as the solar system's baddest of the bad? Not as far as his "old friends" back on Earth are concerned - Hydra Bob, Big Bertha, Taskmaster and Blind Al all want a piece of his hide! And so does the Incredible Hulk! But perhaps the greatest threat of all is an "evil twin" made up of his own discarded body parts! Plus: Deadpool - the Musical! And the death wish to end all death wishes! Collecting DEADPOOL (2008) #27-63, #33.1 and #49.1.
Parental Advisory
In Shops: Aug 08, 2018
SRP: $100.00
View All Items In This Series
ORDER WISH LIST