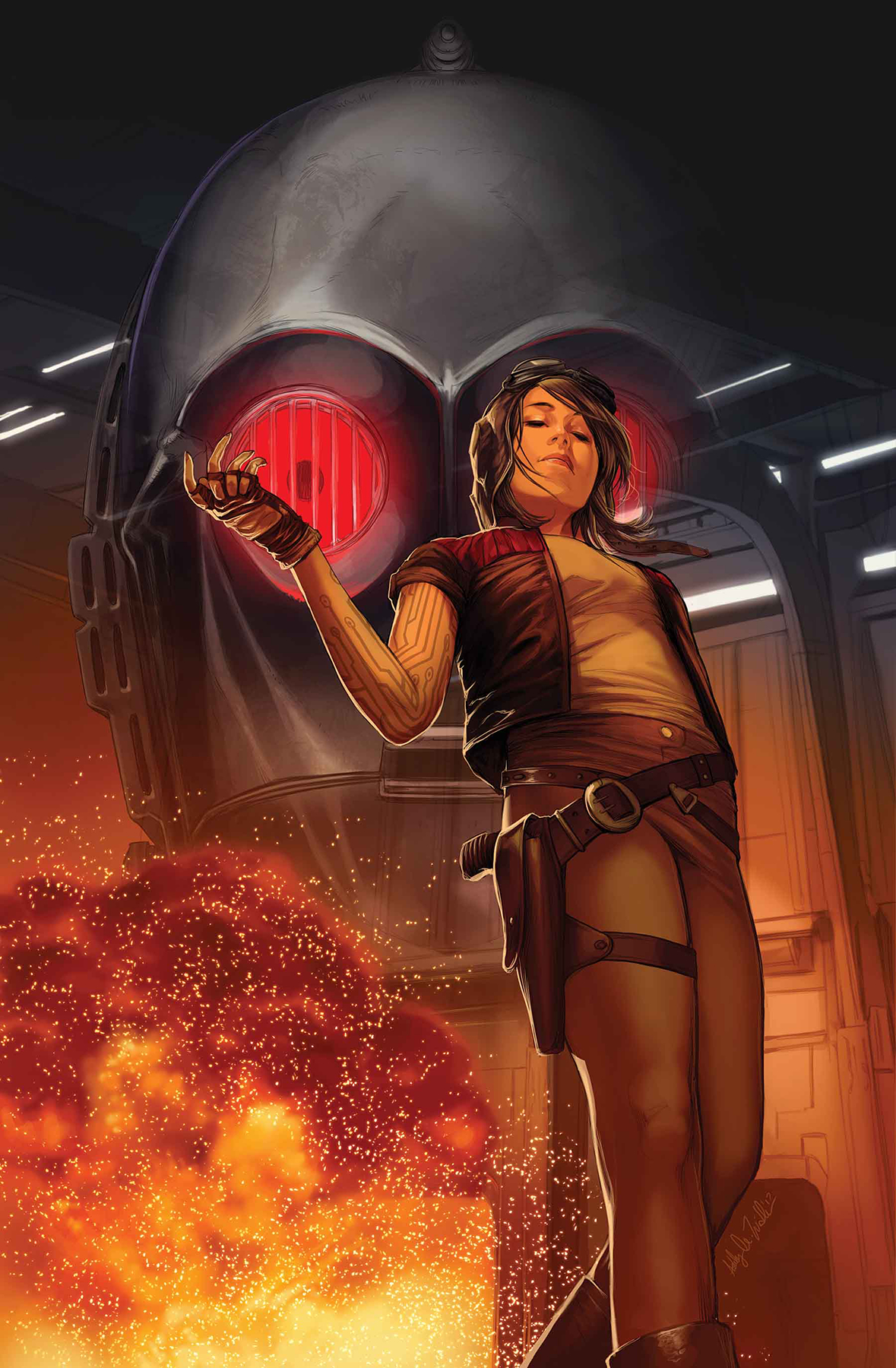 FEB180912
(W) Kieron Gillen, Si Spurrier (A) Emilio Laiso (CA) Ashley Witter
"REMASTERED" CONTINUES!
•  Evil droid mastermind Triple-Zero has been blackmailing Doctor Aphra into stealing his old memories...
•  ...which also has included sneaking onto Rebel training grounds run by General Hera Syndulla.
•  Now hunted by both Hera of the Rebellion and Tolvan of the Empire, Aphra's got a lot on her mind...
•  But if there's anything to know about the Doctor, it's that she's always got tricks up her electro-sleeve!
Rated T
In Shops: Apr 25, 2018
SRP: $3.99
View All Items In This Series