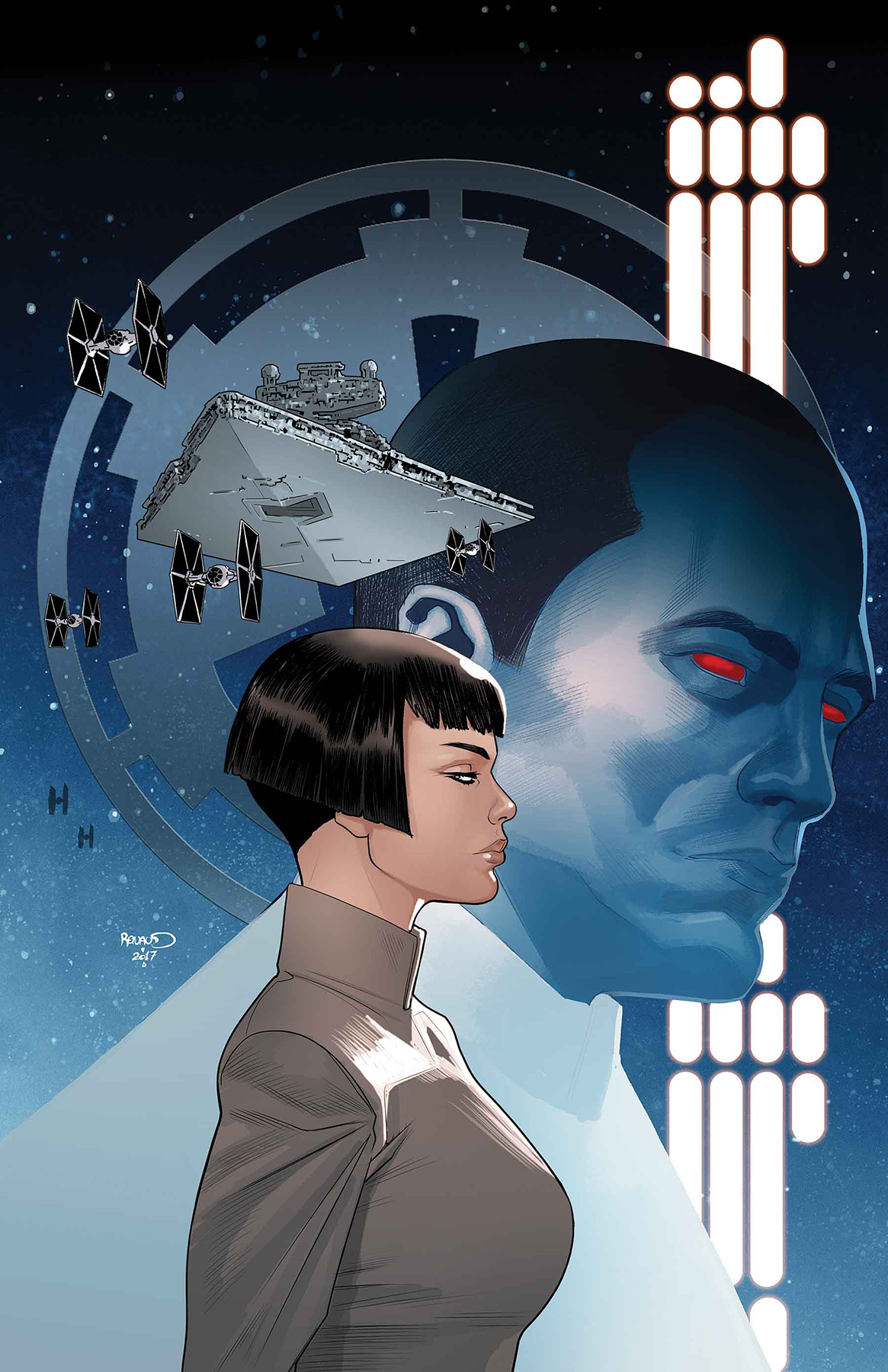 FEB180903
(W) Jody Houser (A) Luke Ross (CA) Paul Renaud
"THE RISE OF THE GRAND ADMIRAL" CONTINUES!
•  Lieutenant Thrawn has been moving fast through the ranks of the Empire, but he isn't the only one...
•  Meet Arihnda Pryce, as she too rises through the corrupt Coruscant political climate.
•  But paths cross in mysterious ways as the two discover a dark secret within the Empire...
Rated T
In Shops: Apr 11, 2018
SRP: $3.99
View All Items In This Series