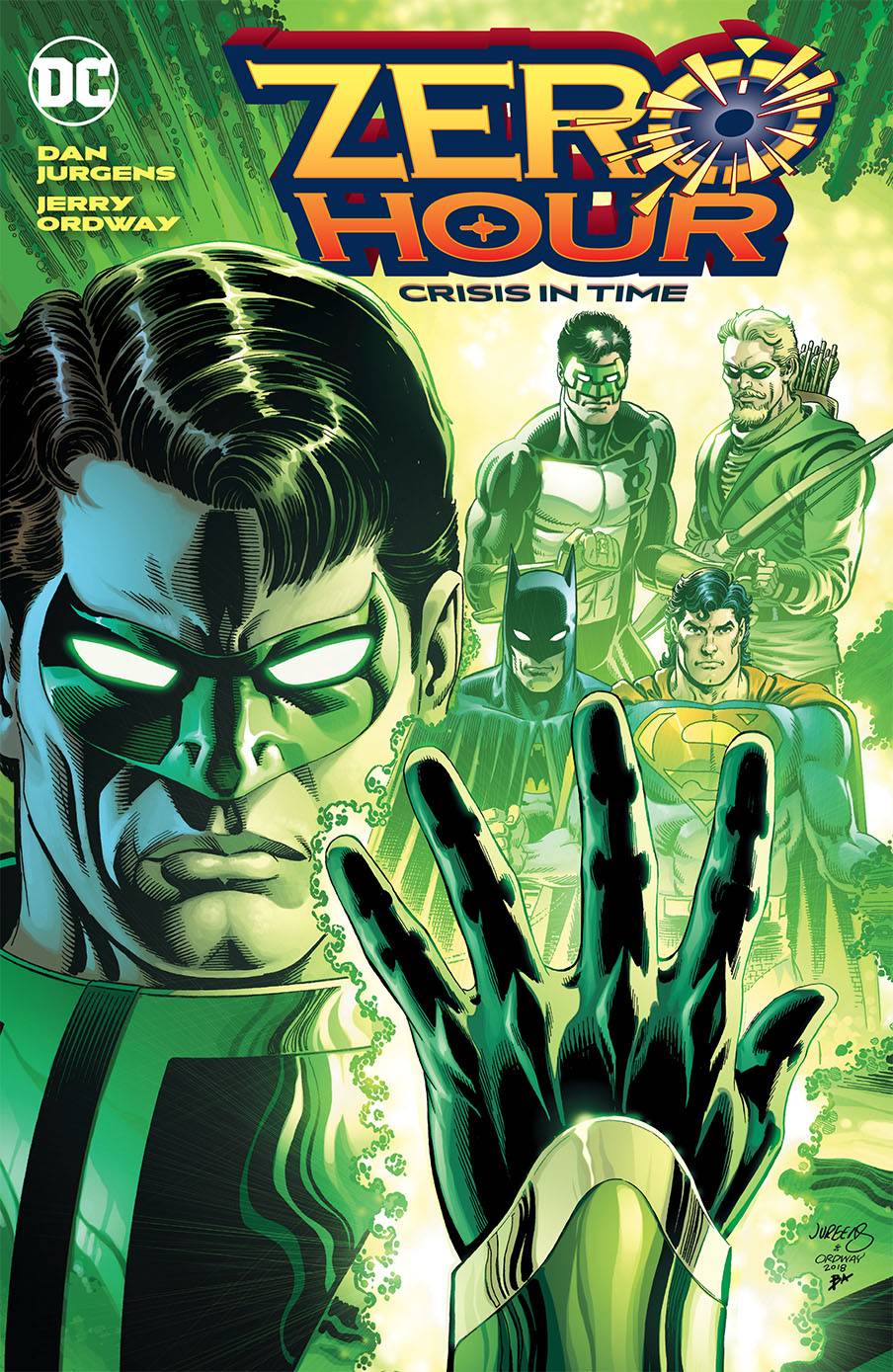 #
FEB180317
(W) Dan Jurgens (A) Frank Fosco, Ken Branch (A/CA) Dan Jurgens, Jerry Ordway
All of reality comes under attack when a mysterious force of entropy begins slowly erasing time itself - making its way from both the past and future toward the present! As history itself unravels around them, the heroes of the world--including Superman, Batman, Wonder Woman, The Flash, the Justice Society and the Titans - scramble to fix the broken time stream. But even if they stop the true source of the chaos, the world they save will never be the same! Collects ZERO HOUR #0-4 in hardcover for the first time. Includes a new introduction by Dan Jurgens, updated timeline to the DC Universe and never-before-collected bonus material.
In Shops: May 02, 2018
SRP: $24.99
ORDER WISH LIST