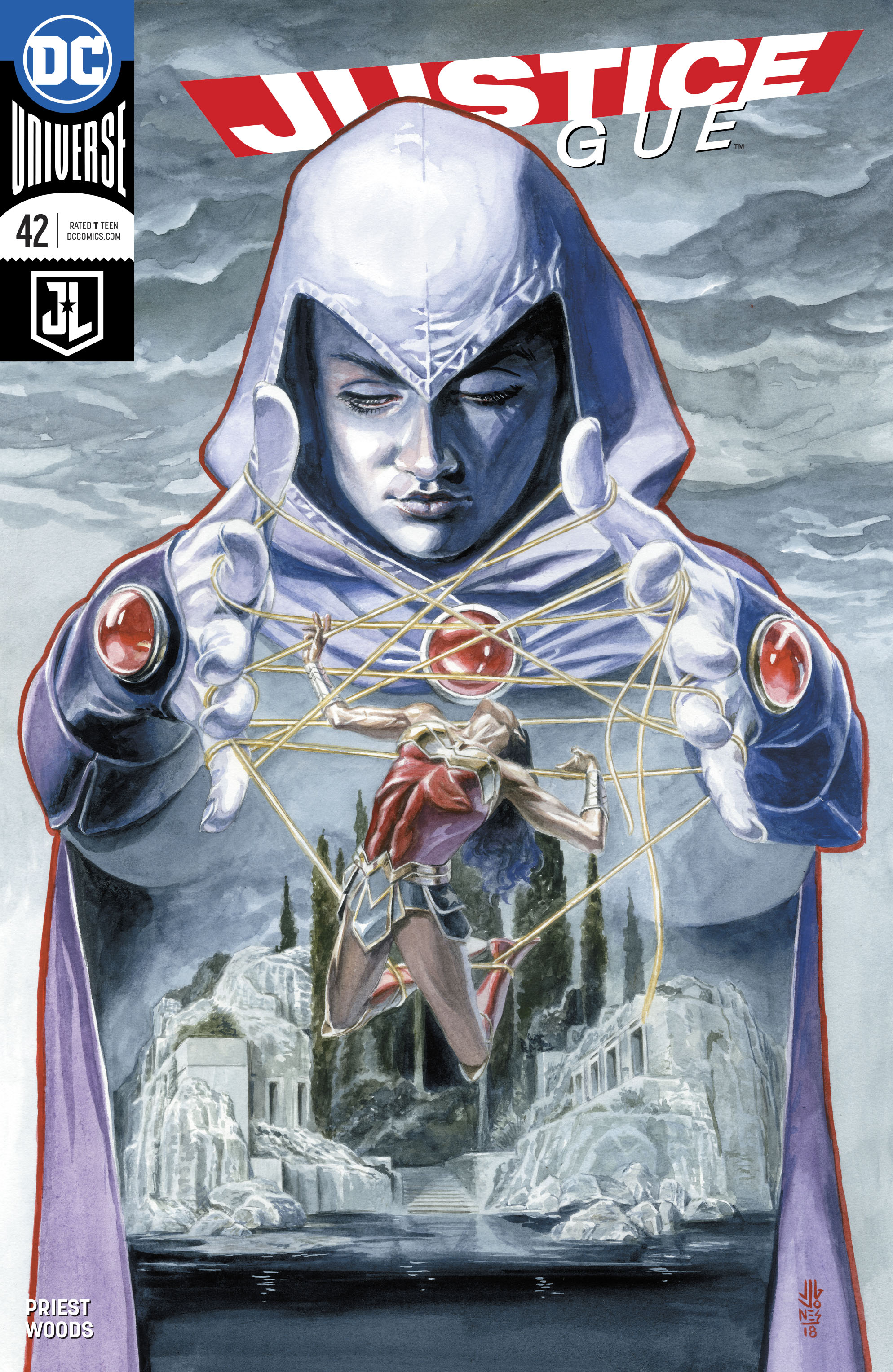 FEB180214
(W) Christopher Priest (A) Pete Woods (CA) J. G. Jones
"JUSTICE LOST" part two! Trapped in the chaos of tribal conflict, the Justice League becomes divided over whether to intervene in a civil war in order to protect thousands of fleeing refugees-and a crucial decision could have dire consequences for one of their members! Meanwhile, Batman and Aquaman clash over how to take down the nemesis known only as the Fan, who holds all of their secrets hostage.
In Shops: Apr 04, 2018
SRP: $2.99
View All Items In This Series