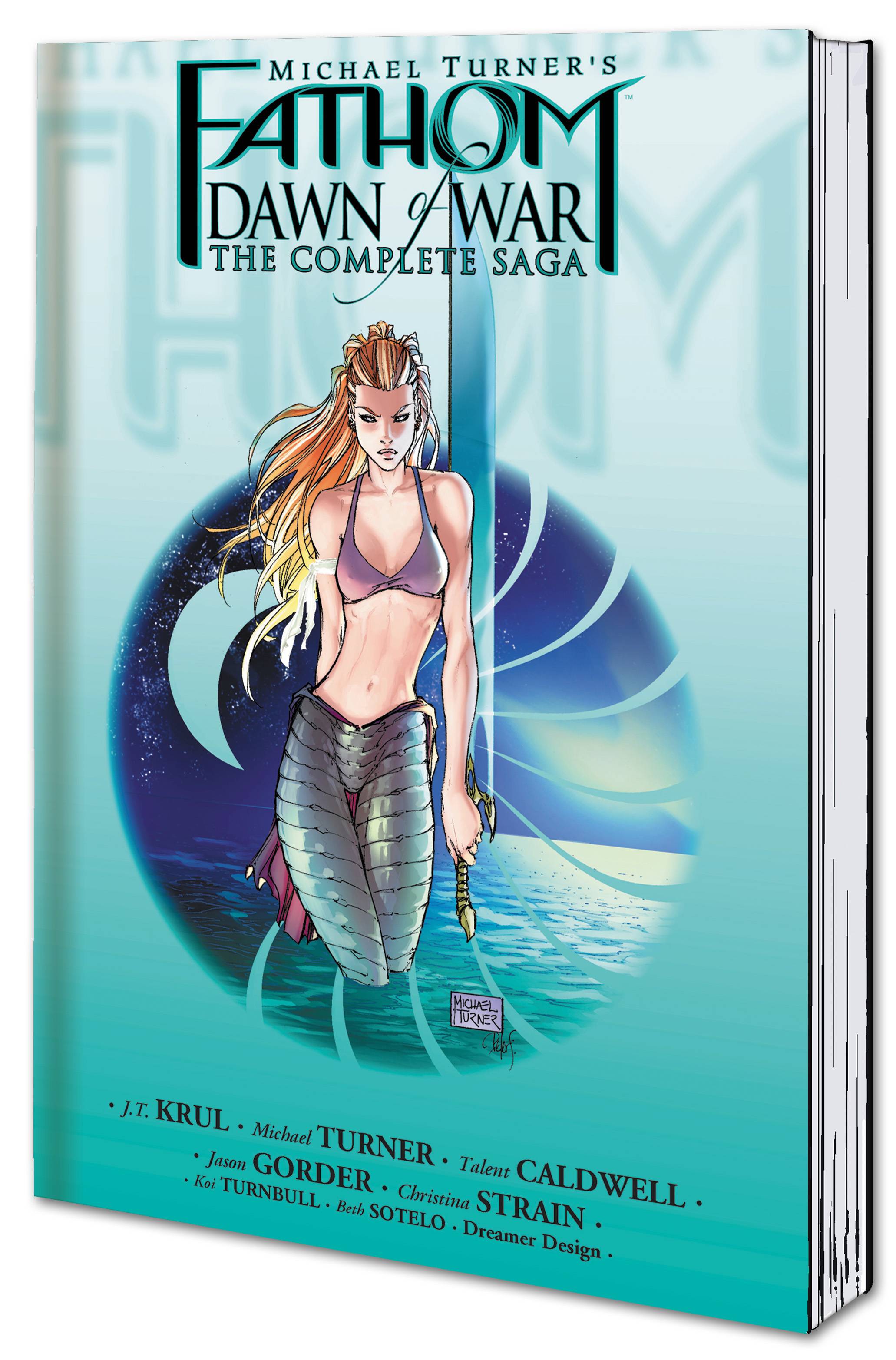 #
FEB178990
(W) J. T. Krul (A) Talent Caldwell, Jason Gorder, Sal Regla
Return to the story that sparked the war, and brought the world of Fathom to its knees, Fathom: Dawn of War!
This special edition contains the entire tale of warfare and betrayal that led up to the battle between the humans and the Blue, and the unheralded rise of the Black! Find out for yourself why Fathom: Dawn of War became one of the most pivotal storylines in Fathom and Aspen Comics history! This long-awaited third printing of the classic Aspen Comics series Fathom: Dawn of War Volume 1 collects issues number 0, 1, 2, 3, and Cannon Hawke: Dawn of War #1! Brought to you by the creative of J.T. Krul, Talent Caldwell, Jason Gorder and Christina Strain, and featuring a re-mastered cover by Fathom creator Michael Turner!
In Shops: Aug 09, 2017
SRP: $9.99