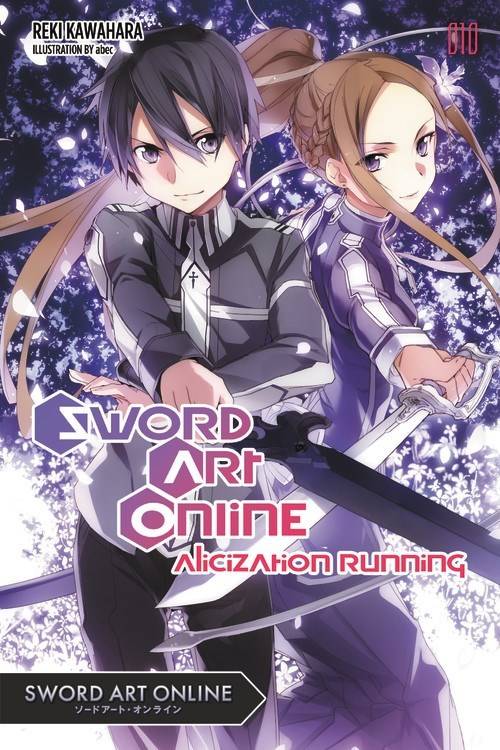 #
FEB172145
(W) Reki Kawahara (A/CA) Tsubasa Hazuki
Kirito has wound up in another mysterious fantasy world again. In this VRMMO-ish place, the first person he meets is the young boy Eugeo. Kirito can hardly believe Eugeo's an NPC when seeing his rich emotions and thoughts and ends up heading to the capital, Centria. Two years later, Kirito and Eugeo have become First Order initiates of the North Centria Imperial Discipline Sword Academy and have been taken under the wing of their seniors, Soltirina and Golgoth. Aiming to reach the center of the Axiom Church that controls the capital, the two break past numerous obstacles to try and become one of the elite Greater Master Swordsmen, a title that only twelve people lay claim to in the whole academy!
In Shops: May 10, 2017
SRP: $14.00
View All Items In This Series