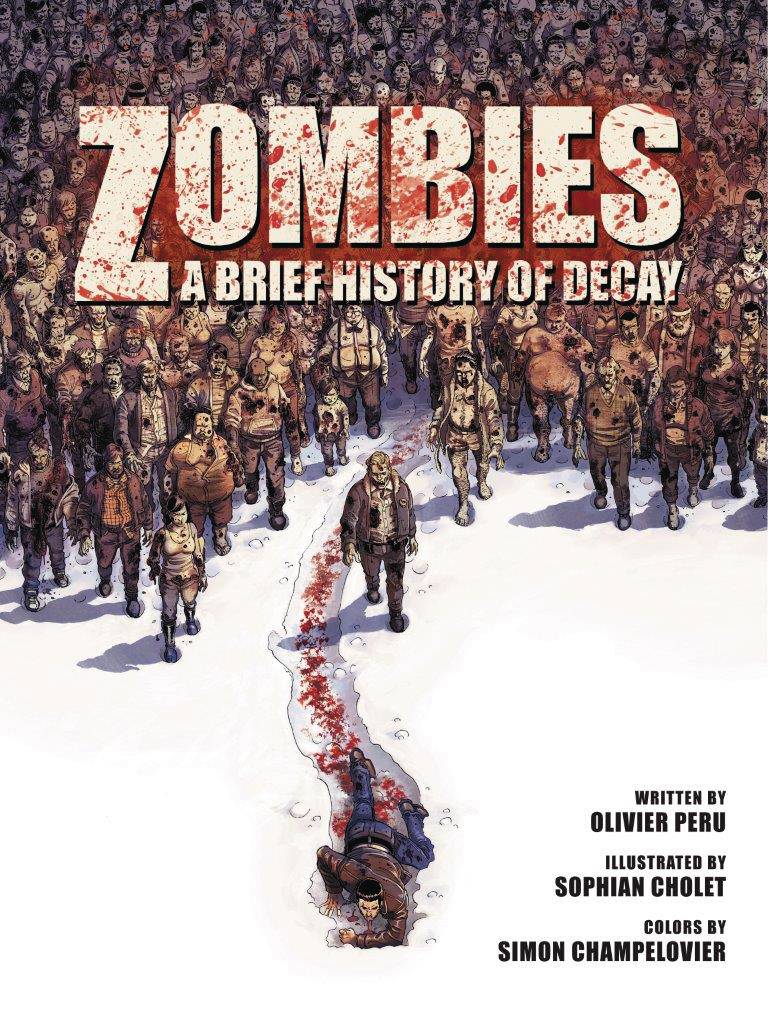 #
FEB171736
(W) Olivier Peru (A) Sophian Cholet, Simon Champelovier
Mankind is no longer at the top of the food chain. Zombies have taken their place, and nothing can stop them. Is this the end of humanity? Perhaps, but for some it is only the beginning. Six billion living corpses are all that remains of civilization. Among the few survivors is Sam Coleman, a man who owes his salvation to Smith & Wesson and a little luck. Fleeing Seattle at the onset of the zombie outbreak, he was forced to leave his daughter behind. Yet now that silence has fallen over the city, he believes that she may still be alive. And his conscience serves up a constant reminder that to be human in this grim world is to have hope-and to keep fighting.
In Shops: Apr 05, 2017
SRP: $24.99
ORDER WISH LIST