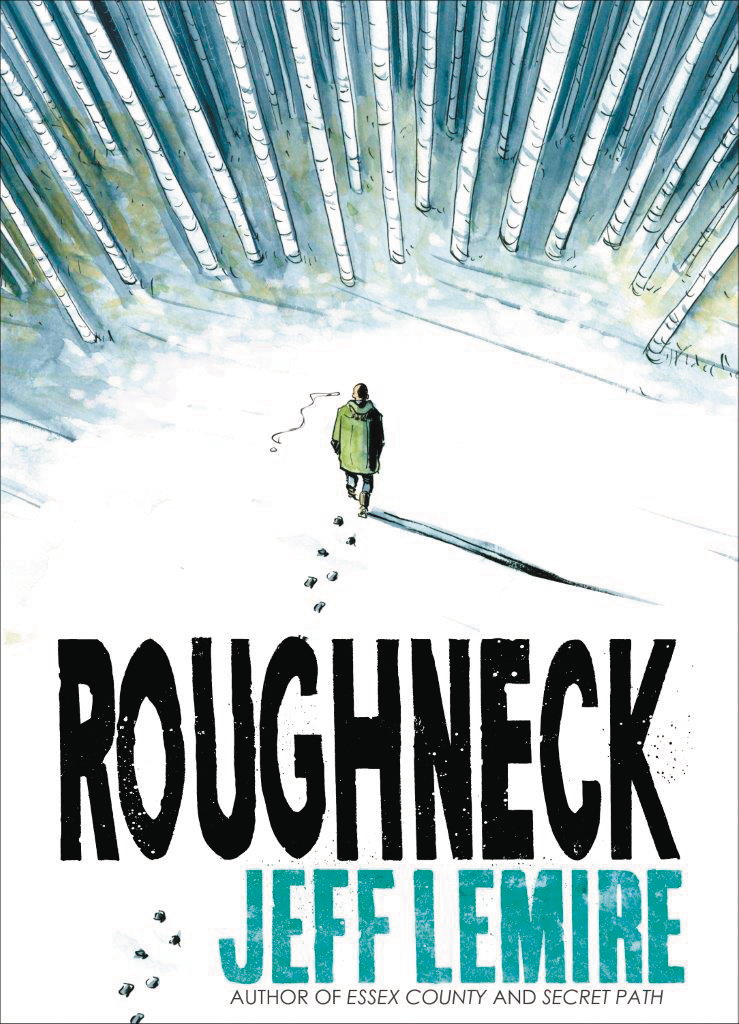 FEB171675
(W) Jeff Lemire (A/CA) Jeff Lemire
From the New York Times-bestselling author and award-winning creator of Essex County, Descender, and The Underwater Welder comes an original graphic novel about a brother and sister who must come together after years apart to face the disturbing history that has cursed their family. Derek Ouellette's glory days are behind him. His hockey career ended a decade earlier in a violent incident on ice, and since then he's been living off his reputation in the remote northern community where he grew up, drinking too much and fighting anyone who crosses him. When his long-lost sister Beth shows up, on the run from an abusive boyfriend, the two escape to a secluded hunting camp in the woods. There, living off the land, they reconnect with each other, the painful secrets of their past, and their Cree heritage...and start to heal. But Beth's ex-boyfriend is hunting them. As he circles closer, he threatens to shatter this newfound peace and pull both Derek and Beth back into the world of self-destruction they've fought so hard to leave behind. Touching and harrowing, this is a deeply moving and beautifully illustrated story about family, heritage, and breaking the cycle of violence.
In Shops: Apr 19, 2017
SRP: $29.99