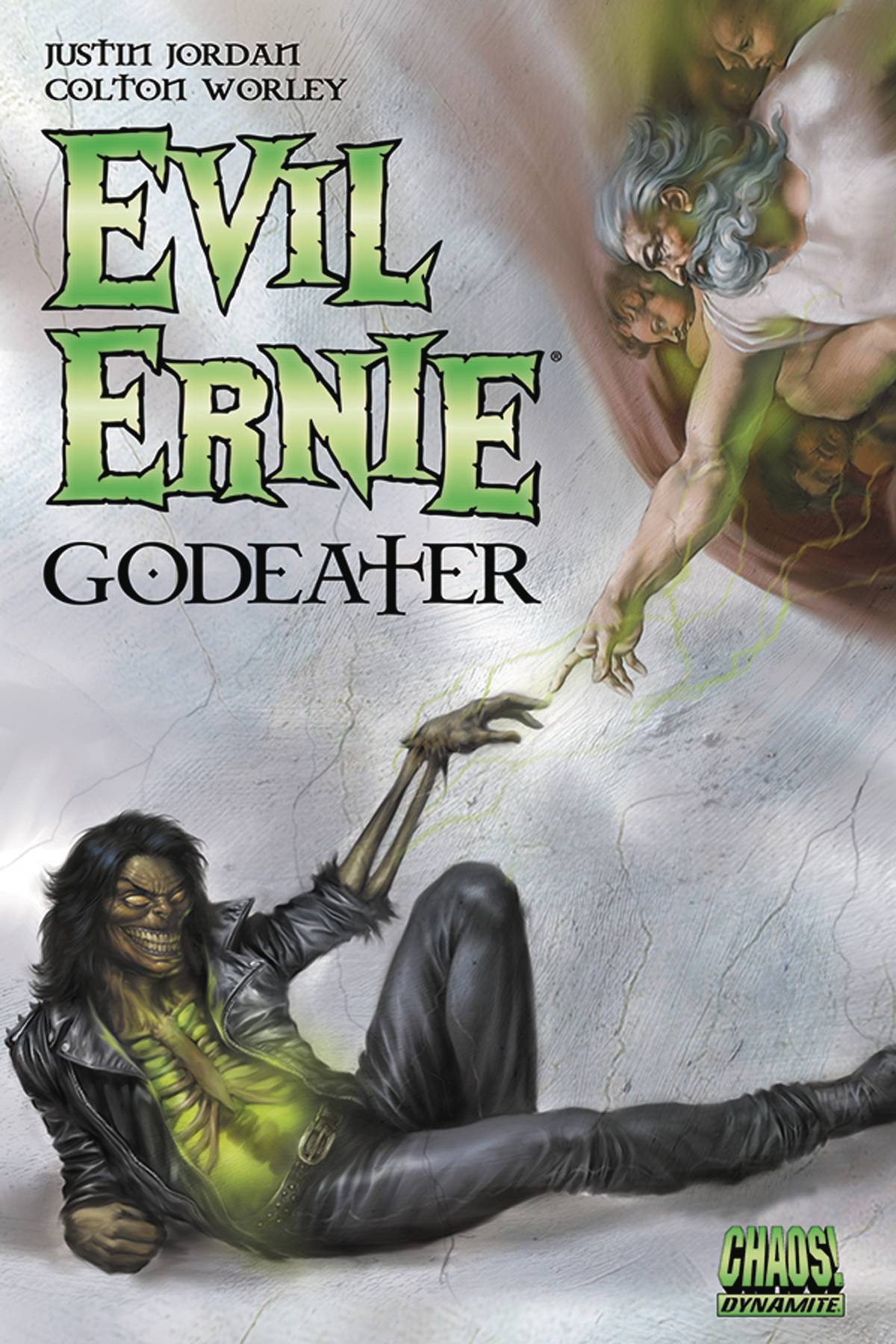 #
FEB171515
Something bad is coming, something that could kill Heaven, Hell, and Earth itself: The Godeater. And the only thing standing its way is... Evil Ernie? Justin Jordan, the Harvey Award-winning writer of such horror hits as The Strange Talent of Luther Strode and Shadowman, joins artist sensation Colton Worley to deliver an event so epic in scope, it promises to shake the very foundations of the Chaos! Comics universe! As an added bonus, Evil Ernie: Godeater includes "Last Ditch Bitch", a short story by Keith Davidsen and Cezar Razek. The lead singer of a Scandinavian Death Metal band becomes an unwitting pawn in Ragnarok, as guest stars Mistress Hel and Chastity go to war!
In Shops: Apr 12, 2017
SRP: $19.99
ORDER WISH LIST