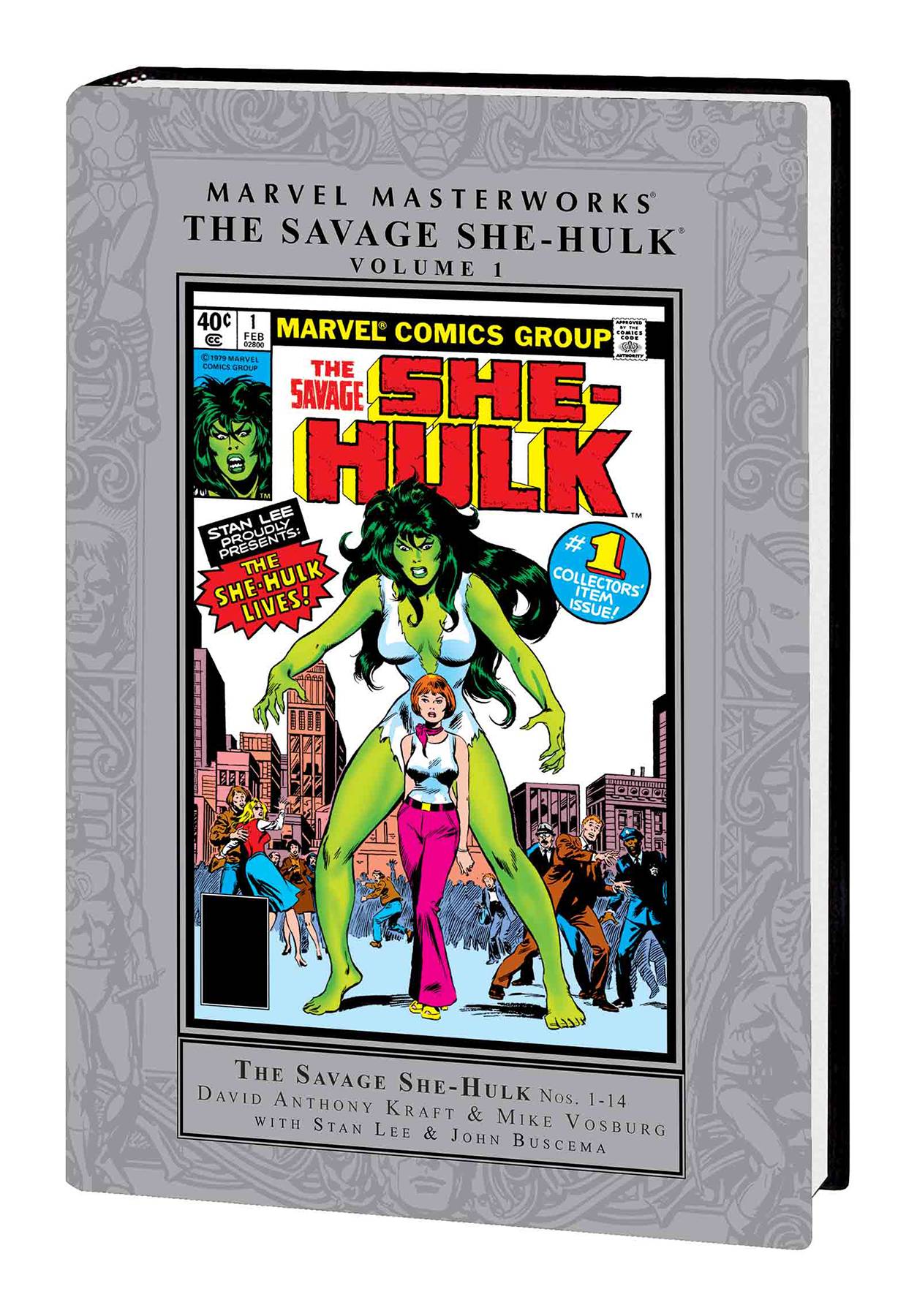 #
FEB170974
(W) David Anthony Kraft, Stan Lee (A) Mike Vosburg (A/CA) John Buscema
When criminal defense attorney Jennifer Walters is shot by a mob hitman, her cousin saves her life with a blood transfusion - but that cousin is Bruce Banner, and his gamma-irradiated blood transforms her into the Savage She-Hulk! Suddenly she's a mean, green lawyering machine, and criminals the world over had better watch out. Now, experience She-Hulk's adventures from the very beginning in this beautifully restored Marvel Masterworks volume! Her quest will take her from the halls of justice to other dimensions - and pit her against Iron Man, mind-controlling cults, Man-Thing, and even her own father. But despite her new power, can Jennifer Walters survive the beast within? Her own blood is killing her - and only Morbius the Living Vampire may have the cure! Collecting SAVAGE SHE-HULK (1980) #1-14.
Rated T
In Shops: Aug 02, 2017
SRP: $75.00
View All Items In This Series