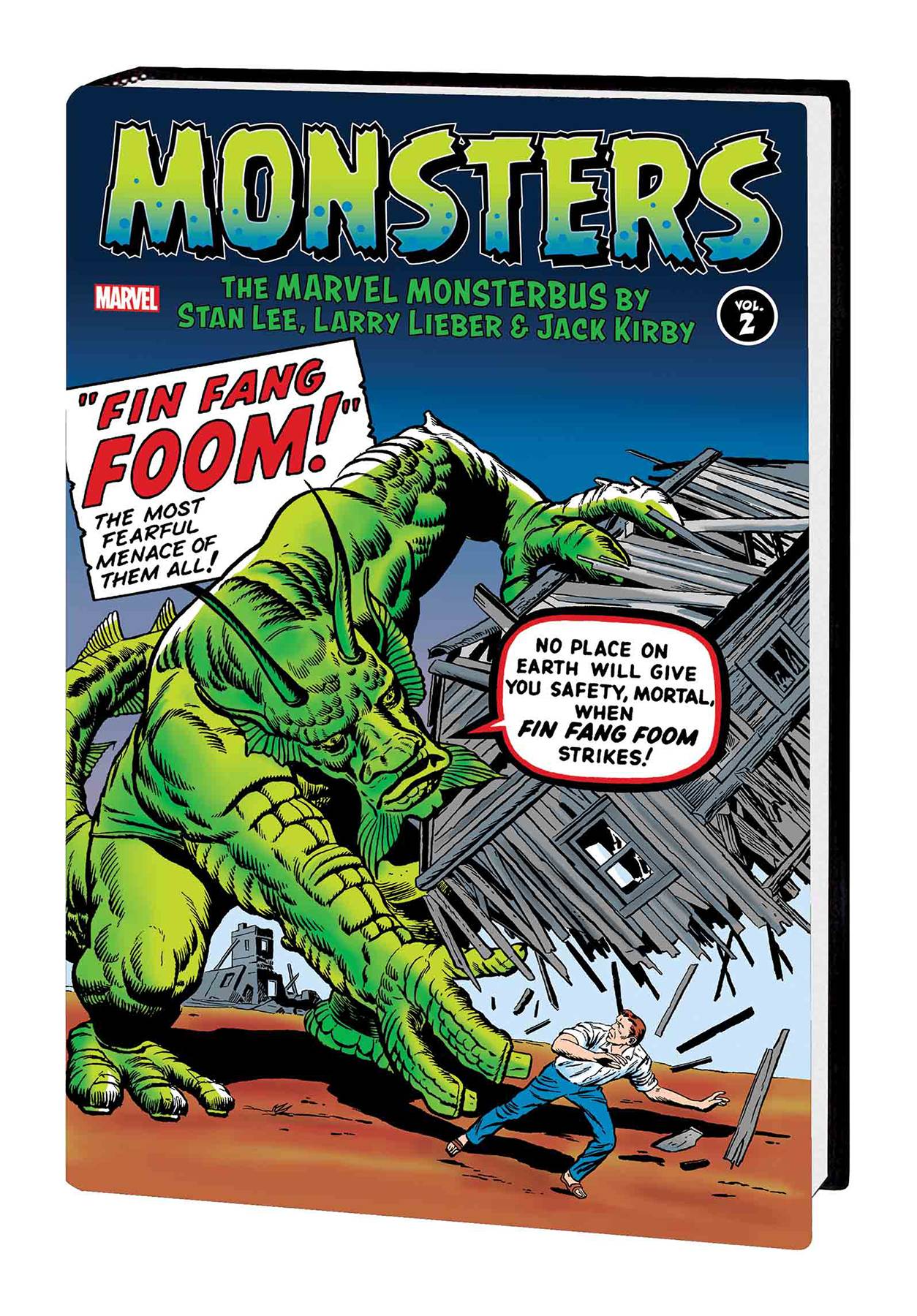 #
FEB170967
(W) Stan Lee, Steve Lieber, Jack Kirby (A/CA) Jack Kirby
Comicdom's famous monsters are on the loose! Marvel presents the concluding volume in our complete collection of Stan Lee, Larry Lieber and Jack Kirby's Marvel Monster saga. Marvel's late 1950s/early 1960s comics were famous for their twist-ending tales, their alien invaders and especially their towering monster menaces - and no one drew giant monsters like Jack "The King" Kirby! It's page after page of Grogg, Ogg, the Creature from Krogarr, Fin Fang Foom and more! These stories aren't just a fun atomic romp, they're the training ground where Stan Lee and Jack Kirby honed their creative partnership, learning each other's strengths and building an unmatched rapport. In these pages, you'll find out that the mother of the Marvel Age of Comics was...a monster! Collecting material from STRANGE TALES (1951) #87-100 and ANNUAL #1, JOURNEY INTO MYSTERY (1952) #71-82, TALES TO ASTONISH (1959) #20-34, TALES OF SUSPENSE #20-38, AMAZING ADVENTURES (1961) #1-6, and CHAMBER OF DARKNESS #4-5.
All Ages
In Shops: Aug 02, 2017
SRP: $100.00
View All Items In This Series
ORDER WISH LIST