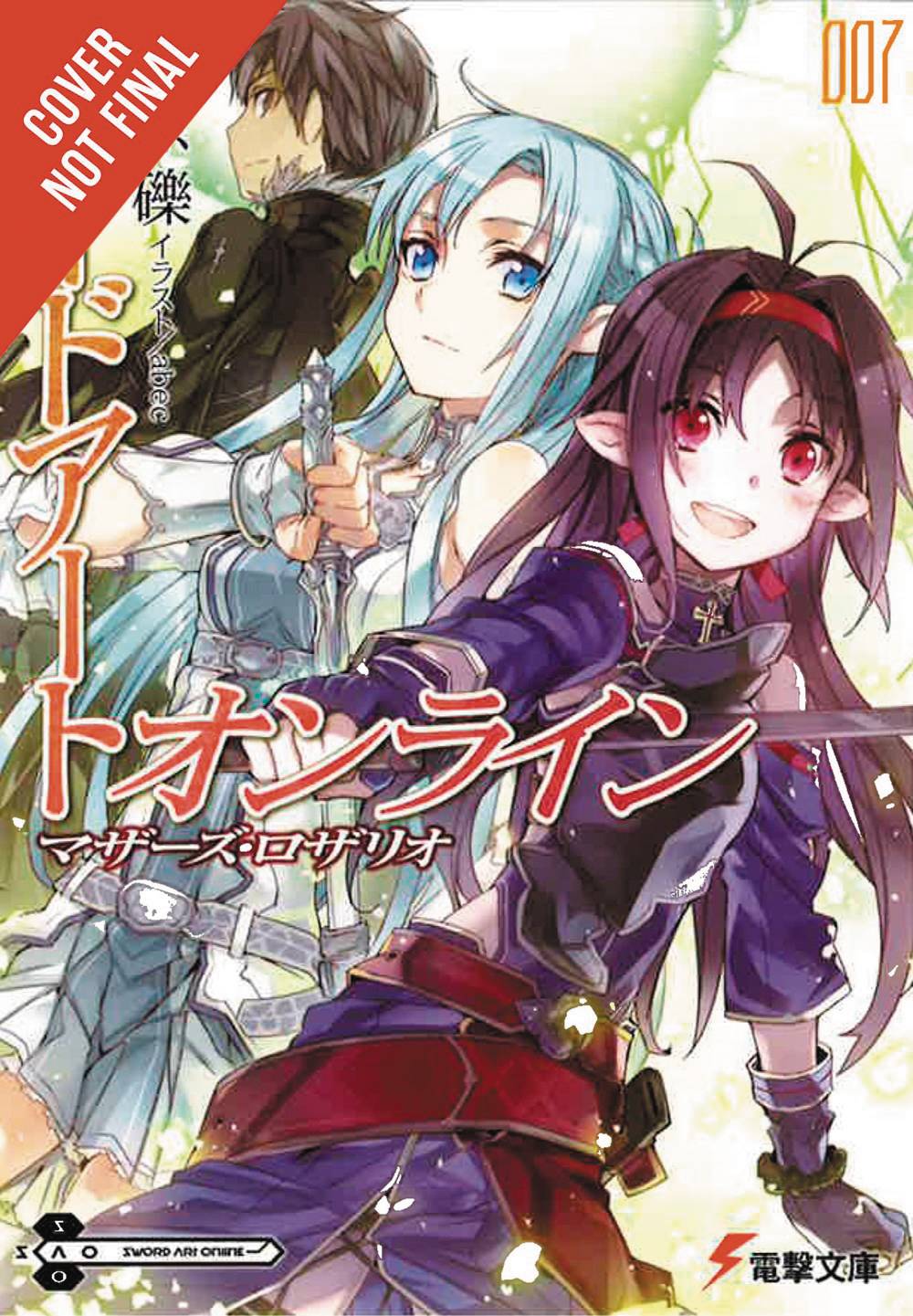 #
FEB161980
(W) Reki Kawahara (A/CA) Tsubasa Hazuki
Kirito and Sinon's battle with Death Gun is over, but mere weeks later, something strange is afoot in the next-generation VRMMO ALfheim Online. A new dualist with a custom sword skill is defeating all comers, including Kirito! But when Asuna goes to face this dualist, she receives something she never expected: An invitation to an exclusive guild! But what is their aim? The "Mother's Rosario" arc begins!
In Shops: Apr 20, 2016
SRP: $14.00
View All Items In This Series
ORDER SUBSCRIBE WISH LIST