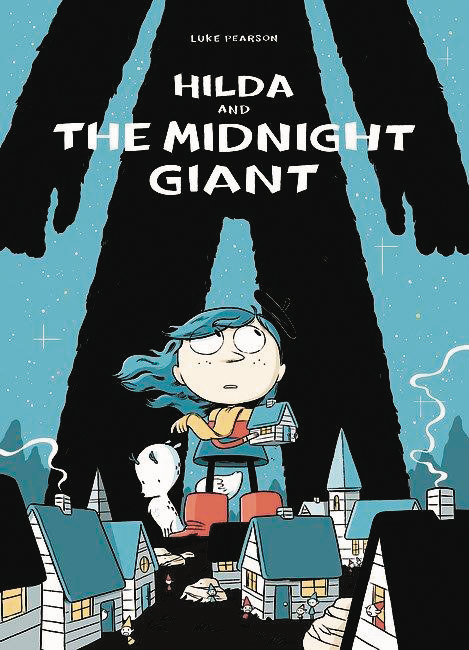 FEB161666
The Eisner nominated Hilda sets out to learn the secrets of the Midnight Giant in this brand new edition of the bestselling classic! When an army of little creatures bombards Hilda's living room with stone and eviction notices, she has to think twice before making the acquaintance of these diminutive creatures. After sunset, even stranger things start happening. Who is this giant who only appears at midnight, and why is Hilda the only person who can see him?
In Shops: Apr 06, 2016
SRP: $10.99
ORDER WISH LIST