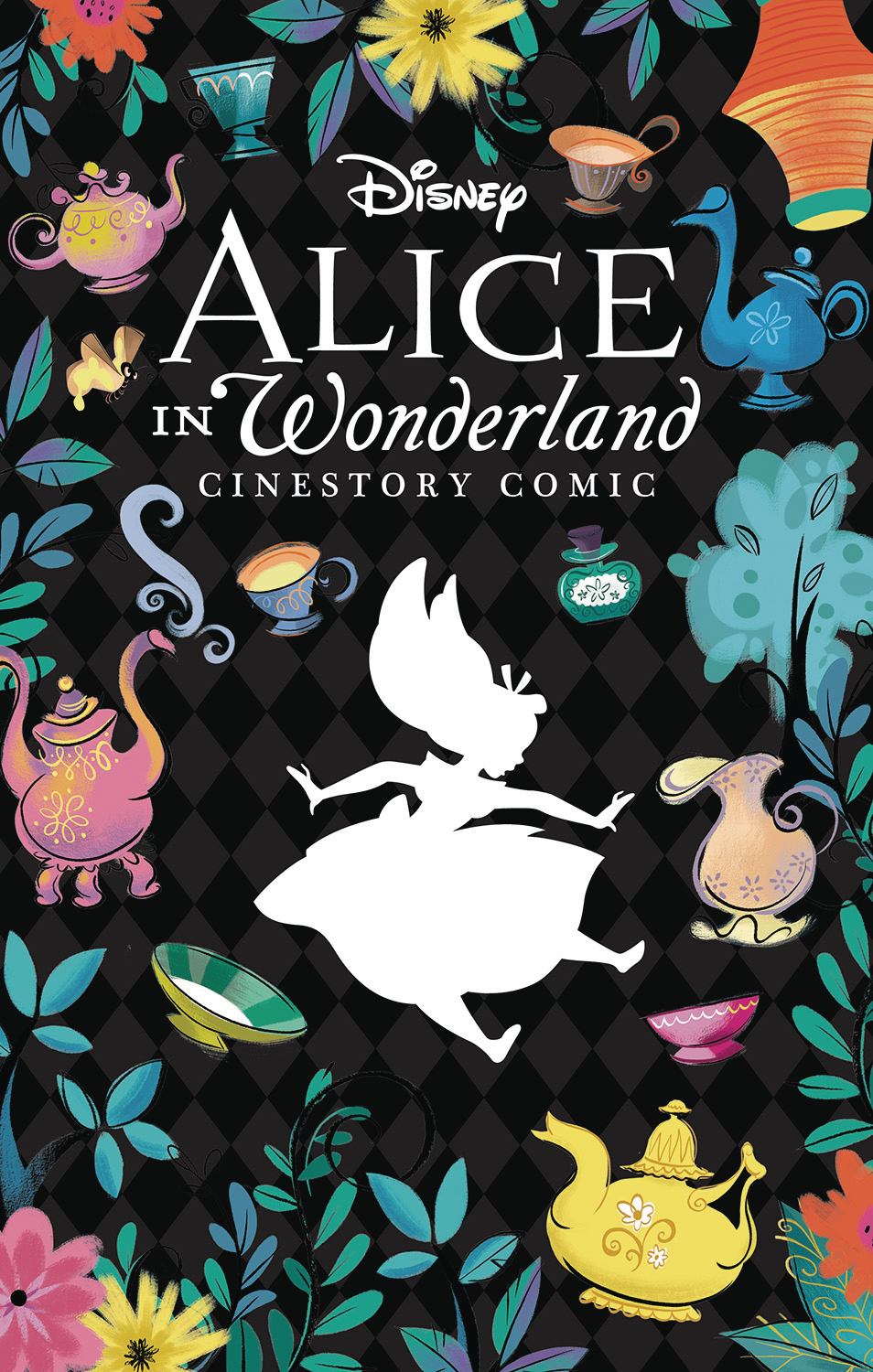 FEB161601
(W) Disney Studios (A) Disney Studios (CA) Dean R. Motter
For 65 years, Disney's Alice in Wonderland has enchanted audiences of all ages. Collectors and fans will love this special collector's edition cinestory featuring screen captures from the 1951 animated film and a graphic-novel-style retelling of the beloved story. In this unforgettable and magical adventure follow Alice down the rabbit hole and into the weird and marvelous world of Wonderland, where she meets the Cheshire Cat, takes tea with the Mad Hatter, and plays a game of croquet with the Queen of Hearts. This special edition is available in hardcover and softcover from Joe Books during the 65th anniversary year of the Disney animated film.
In Shops: Apr 20, 2016
SRP: $29.99
ORDER WISH LIST