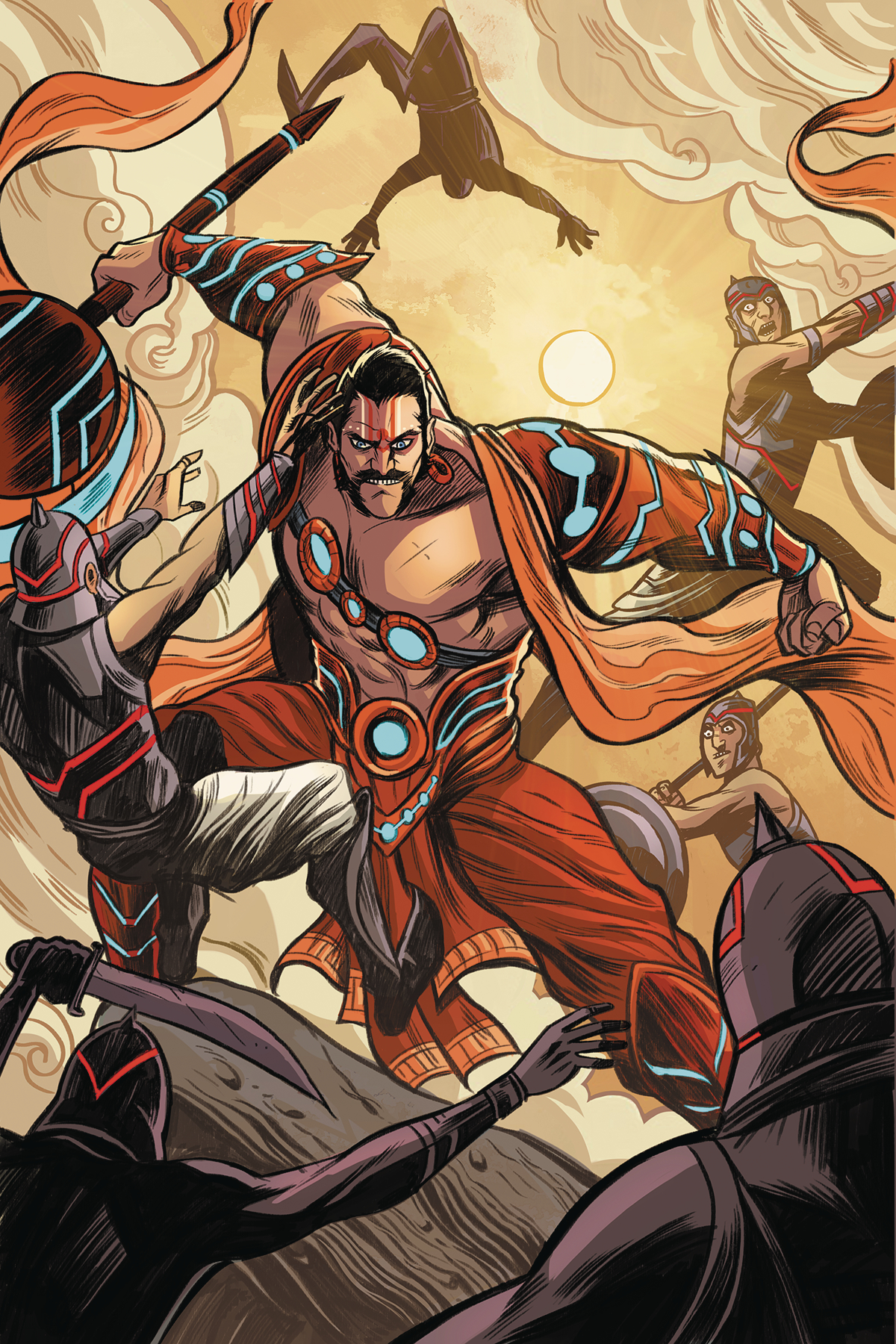 FEB161540
(W) Grant Morrison, Ashwin Pande (A) Francesco Biagini (CA) Jeevan Kang
The great battle enters its third day as tensions rise in the Pandava Camp when brother turns against brother. Arrogant Bhima decides to take on the entire Kaurava army on his own while Arjuna's son Abhimanyu questions his role in this war. Meanwhile Duryodhana has a plan to stop Bhima in his tracks with the help of one of his secret weapons.
In Shops: Apr 06, 2016
SRP: $2.99
View All Items In This Series
ORDER WISH LIST