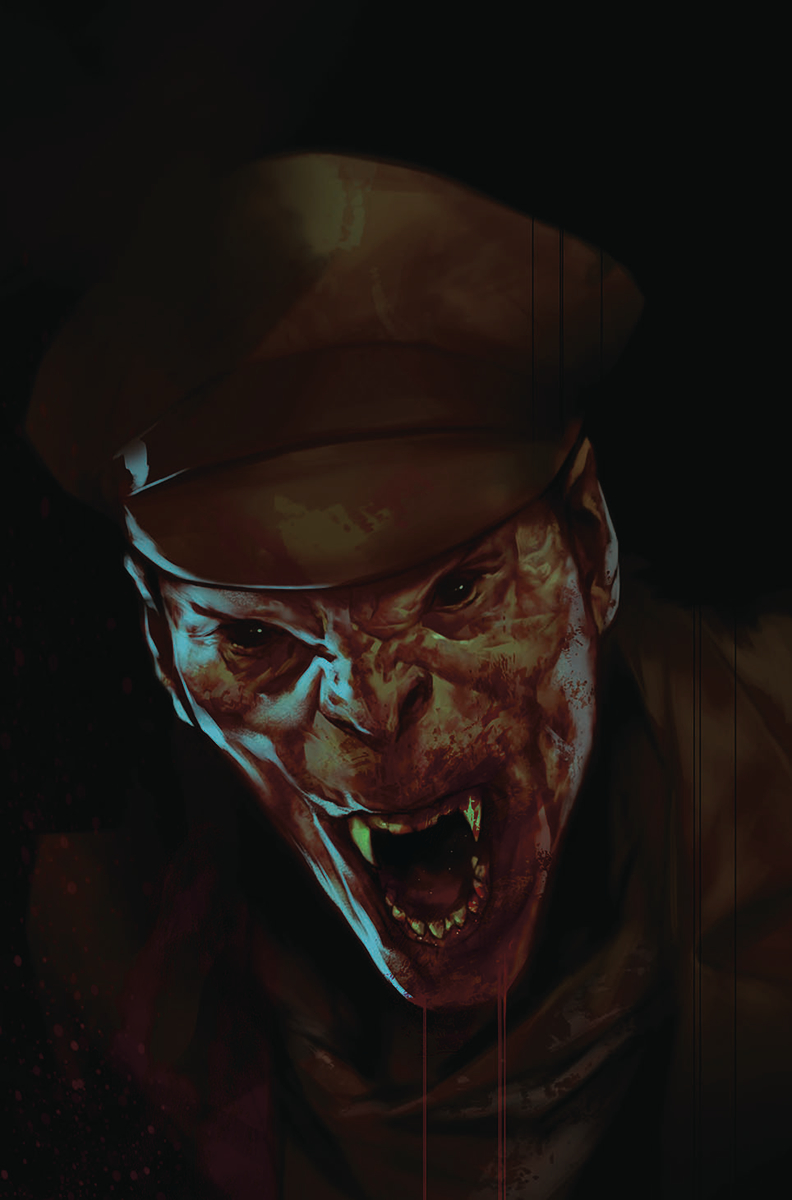 FEB161518
(W) Andi Ewington, Williams Brothers (A/CA) Raymund Bermudez
When you're a Dreadnaught, a member of an elite team of monsters sent on a suicide mission to stop Hitler from raising an undead army, it becomes difficult to use certain figures of speech: In regular civilian life, if one works with the same co-workers long enough, one will "know where the bodies are buried," or if one wanted to be honest with a co-worker one might "pull some skeletons out of the closet." When your coworkers are immortal Frankenstein Monsters it becomes almost impossible to express hyperbole, skeletons and bodies are everywhere.
In Shops: Apr 20, 2016
SRP: $3.99
View All Items In This Series
ORDER WISH LIST