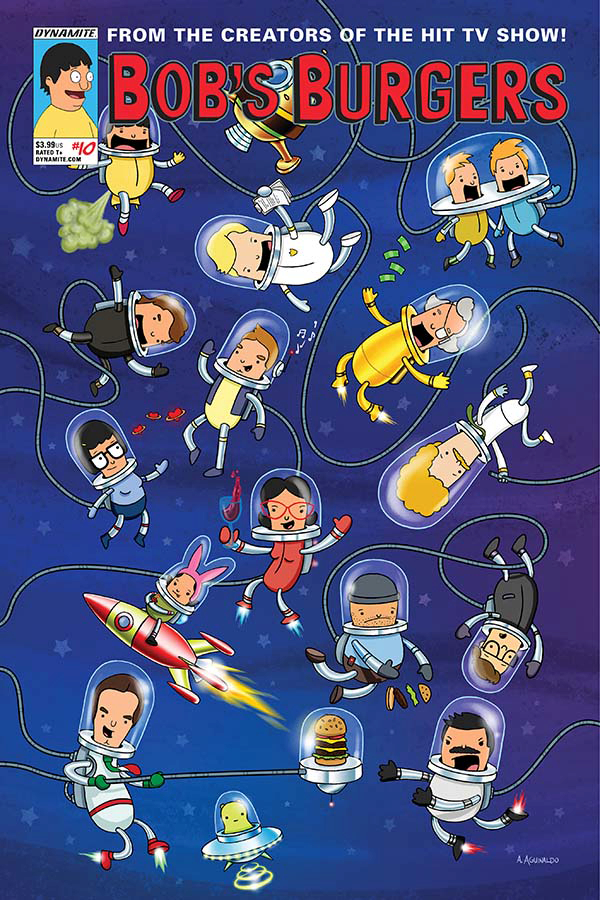 FEB161368
(W) Rachel Hastings, Jeff Drake, Brian Hall (A) Maggie Harbaugh, Tom Connor, Marcelo Benavides (CA) Anthony Aguinaldo
The tenth issue of the Bob's Burgers comic book is sizzling with new stories! Louise finds herself pixelated when she's sucked into a videogame; Gene's rhymes climb to new heights in Jack and the Gene-stalk; and Tina tells a particularly tall tale about a nuclear accident, a school dance, and a fleet of Russian submarines. Everyone loves Bob's Burgers, the fan-favorite animated sitcom that airs on Fox television with other hits such as The Simpsons and Family Guy!
In Shops: Apr 06, 2016
SRP: $3.99
View All Items In This Series