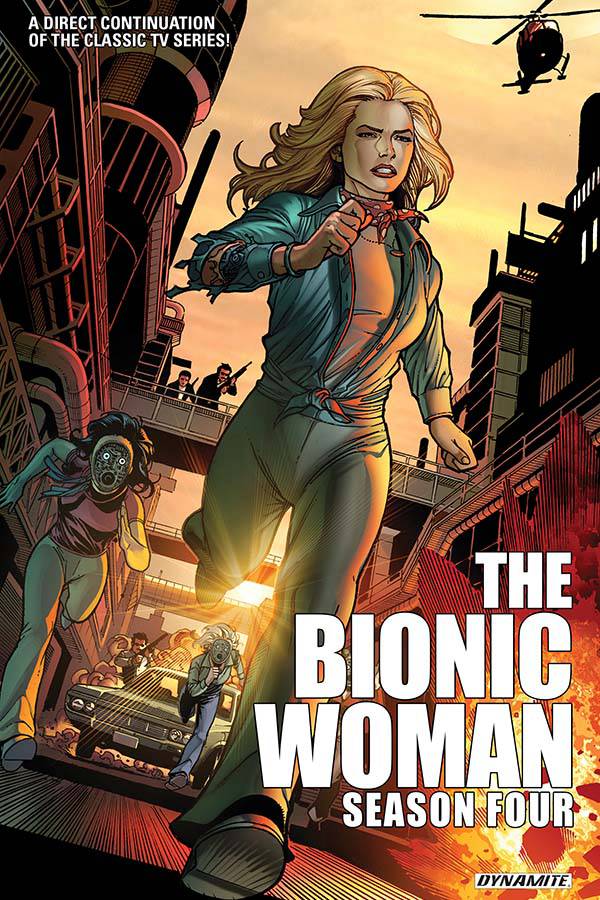 #
FEB161367
(W) Brandon Jerwa (A) David T. Cabrera (CA) Sean Chen
The Bionic Woman returns! Jaime Sommers, the iconic heroine of the wildly popular television series which ran from 1976 to 1978, is back in action in an all-new adventure that features guest appearances by fan favorites Oscar Goldman and Steve Austin, the Six Million Dollar Man! Finally coming to terms with her life as a bionic woman, Jaime Sommers balances her personal life with the occasional mission as a top agent for the OSI. Recently upgraded with new bionic components and software, she is deployed to Mexico on a routine assignment... and discovers herself the target of Maureo Morales, a rogue general formerly of the Air Force. The machinations of this new enemy - and his obsession with cyborgs and Fembots - will lead her to North Eden, a picturesque community billed as being "just a little bit closer to Heaven." What is the bizarre secret of North Eden, and how will Sommers survive the general's master plan?
In Shops: Apr 06, 2016
SRP: $14.99