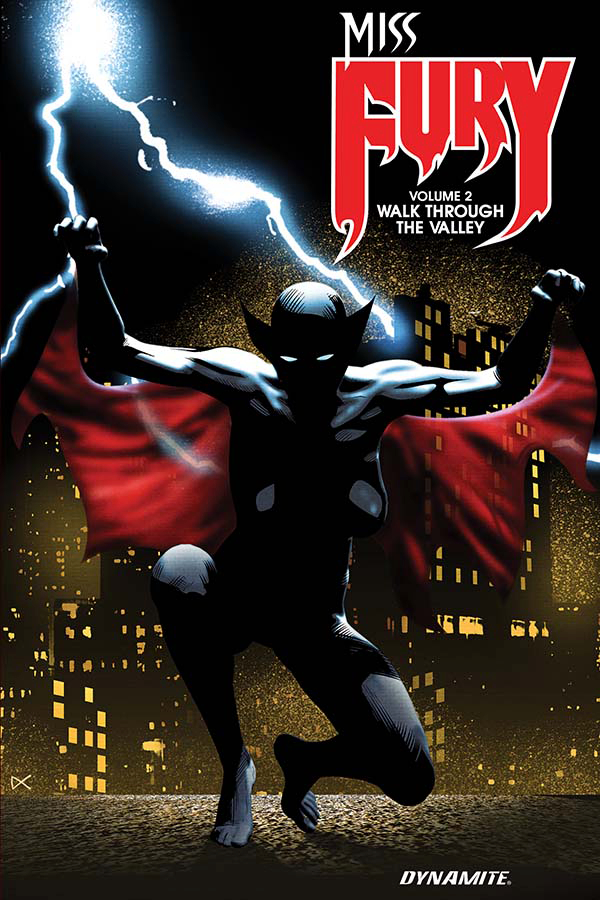 FEB161362
(W) Rob Williams (A) Jackson Herbert (CA) Dennis Calero
Marla Drake, the untamable costumed adventurer known as Miss Fury, fought Nazis with wild abandon not just during World War II, but - due to a scientific mishap - throughout time, as well. Now trapped in the 1943 of a parallel universe, she comes face-to-face with her mirror double, a hedonistic murderess whose soul was never saved by the love of a good man. Realizing what her life could be like now that she has lost her own beloved Matthew Chandler, she surrenders to the slimy promises of Schauburger, a rogue (and dead) Nazi agent whose ghost can alter the timestream and set things right. The cost? Killing the alternate Marla Drake, the Pharaoh of Time, the Mafia superhero The Mob, a US Naval Intelligence nuclear physicist... and the list goes on. No matter how hard she tries, people just seem to want Miss Fury to murder for them. How many must die so that she can become a good person again?
In Shops: Apr 06, 2016
SRP: $17.99
View All Items In This Series