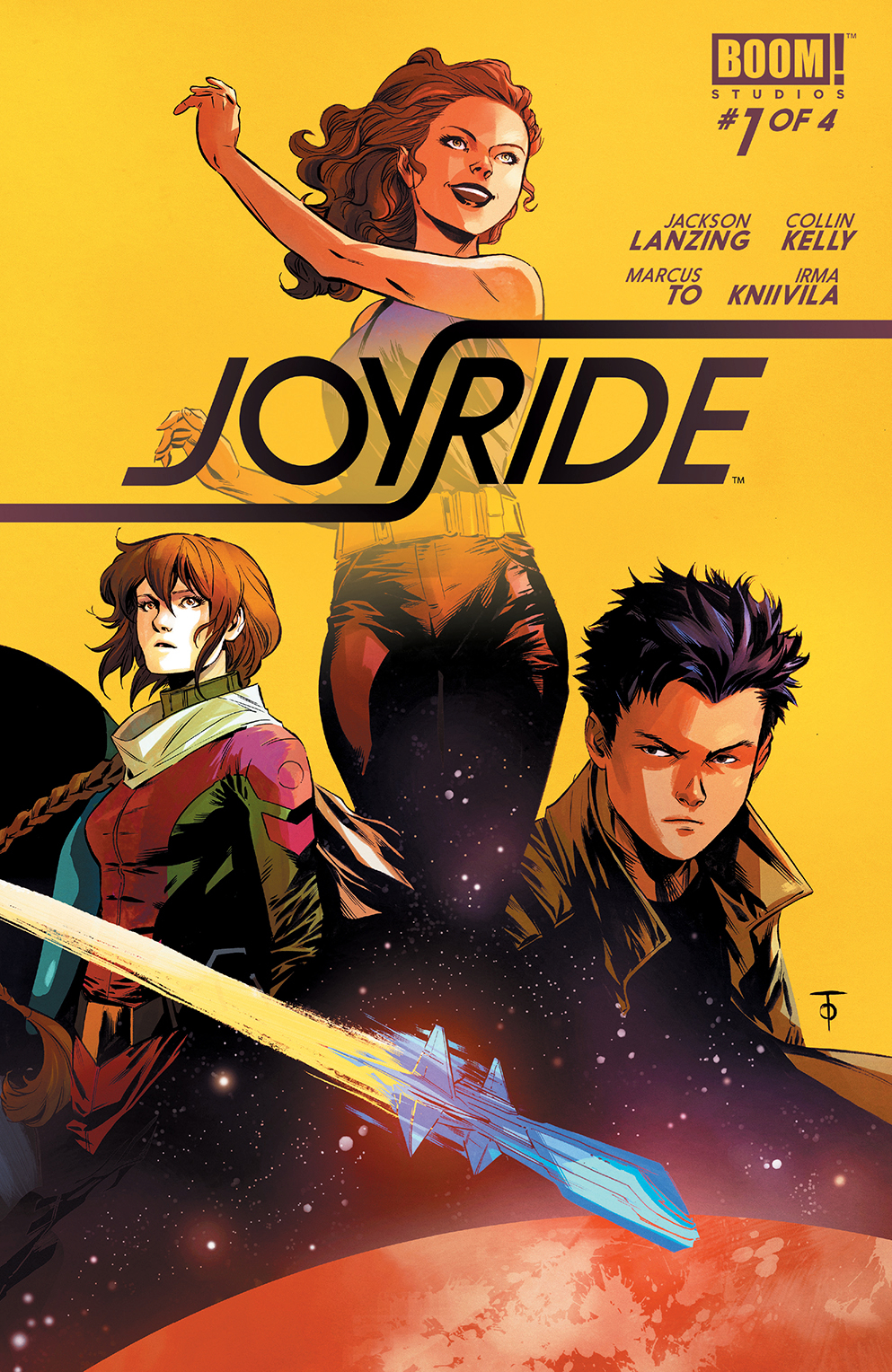 FEB161214
(W) Jackson Lanzing, Collin Kelly (A/CA) Marcus To
What's to Love: After working together on Hacktivist and Maze Runner: The Scorch Trials original graphic novel, the writing duo of Jackson Lanzing and Collin Kelly (Batman and Robin Eternal) join forces once again with artist Marcus To (New Warriors, The Flash: Season Zero) for their first creator-owned series that takes readers to the stars in this space epic with a punk-rock attitude, perfect for fans of Young Avengers and Runaways.

What It Is: In the future, Earth sucks. The stars have been blocked out for so long that people have forgotten there was anything else besides the dumb World Government Alliance watching over them, training children to join the militarized Allied Youth and eliminating all resistance with a giant ray gun. Uma Akkolyte is a girl who shoots first and leaps before she looks, and when she gets a strange message from outside the barricades of SafeSky, she jacks a spaceship and punches through the stratosphere with an unlikely crew of teens who are totally not ready for what they're about to find.
In Shops: Apr 20, 2016
SRP: $3.99
View All Items In This Series