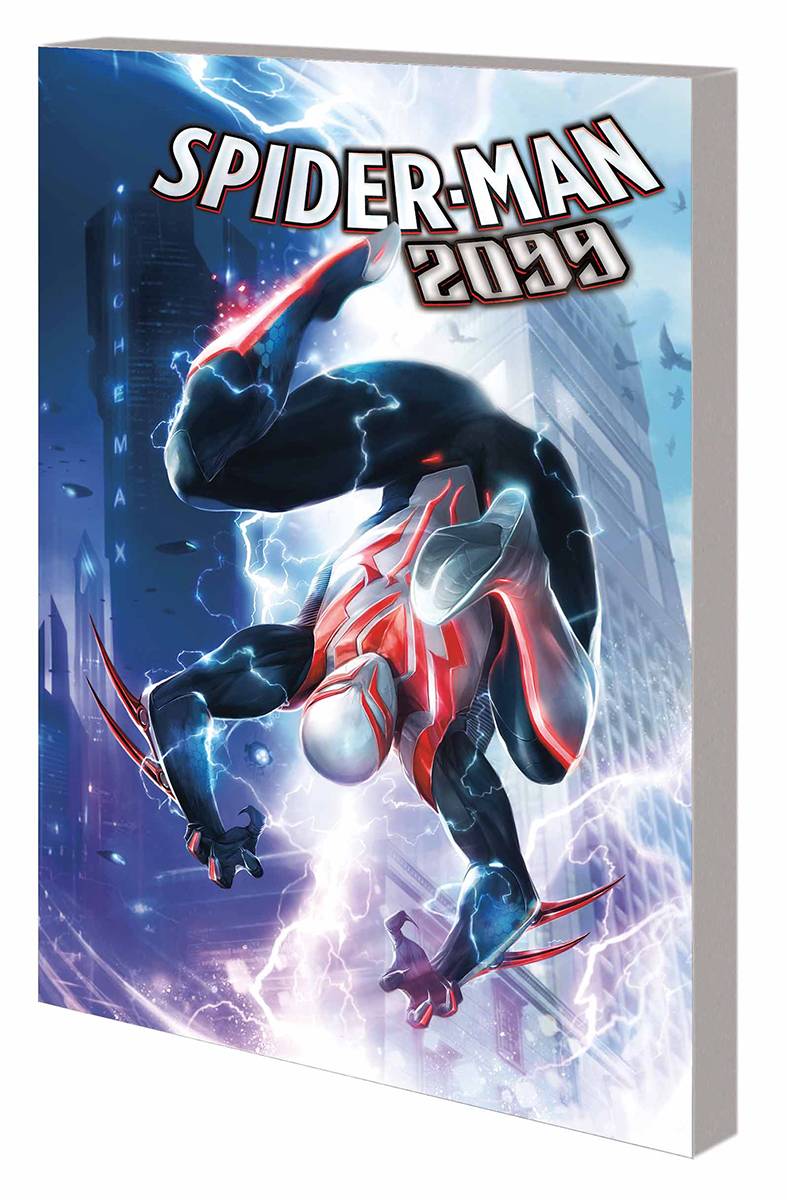 #
FEB160964
(W) Peter David (A) Will Sliney (CA) Francesco Mattina
He's the Spider-Man of the future, trapped in the here-and-now. And as far as Miguel O'Hara is concerned, that means he can hang up the webs. After all, he has a job at Parker Industries, a stable relationship and no way of knowing what harm his actions in the present have on the future era he left behind. But when a dangerous new threat shatters Miguel's world, a Spidey suit is the only answer. An All-New Spidey suit, that is - and just wait until you see what it can do! Doctor Cronos is about to find out exactly that - the hard way. But what connection does this new villain have with Miguel's lost home? And what deadly future fugitive could inspire a team-up today between the Spider-Man and Captain America of 2099? Collecting SPIDER-MAN 2099 (2015) #1-5 and material from AMAZING SPIDER-MAN (2015) #1.
Rated T
In Shops: Apr 27, 2016
SRP: $15.99
View All Items In This Series
ORDER WISH LIST