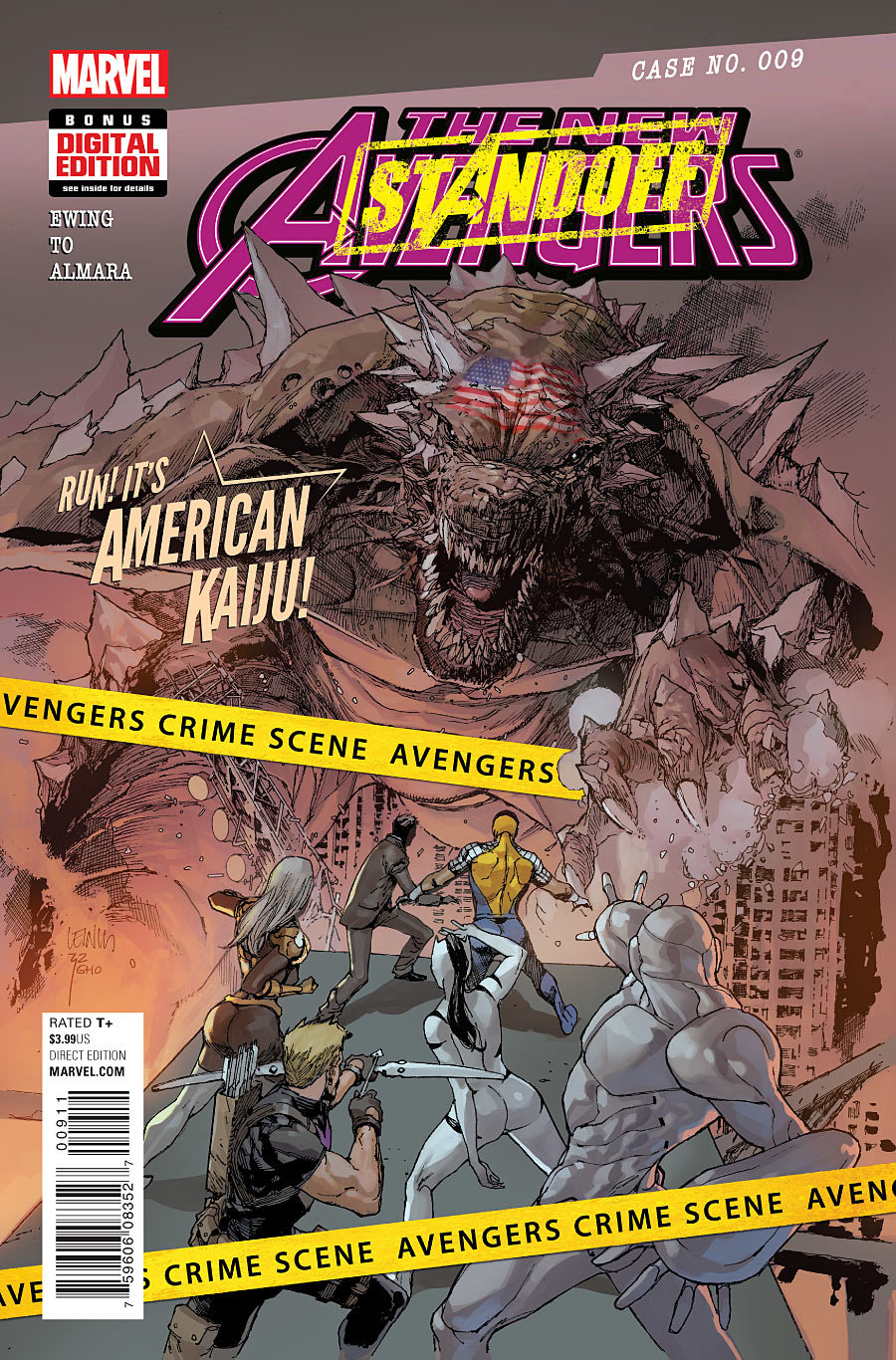 FEB160807
(W) Al Ewing (A) Marcus To (CA) Leinil Francis Yu
A STANDOFF tie-in!
•  What could possibly hold its own against the American Kaiju? None other than - AVENGER FIVE!
•  Five New Avengers in the ultimate ultra-vehicle - fighting to save A.I.M.! But are they giving up their freedom - or their lives?
•  Plus: The traitor revealed! Sunspot's secret schemes! And the guest-star reveal you've been waiting for!
Rated T+
In Shops: Apr 06, 2016
SRP: $3.99
View All Items In This Series