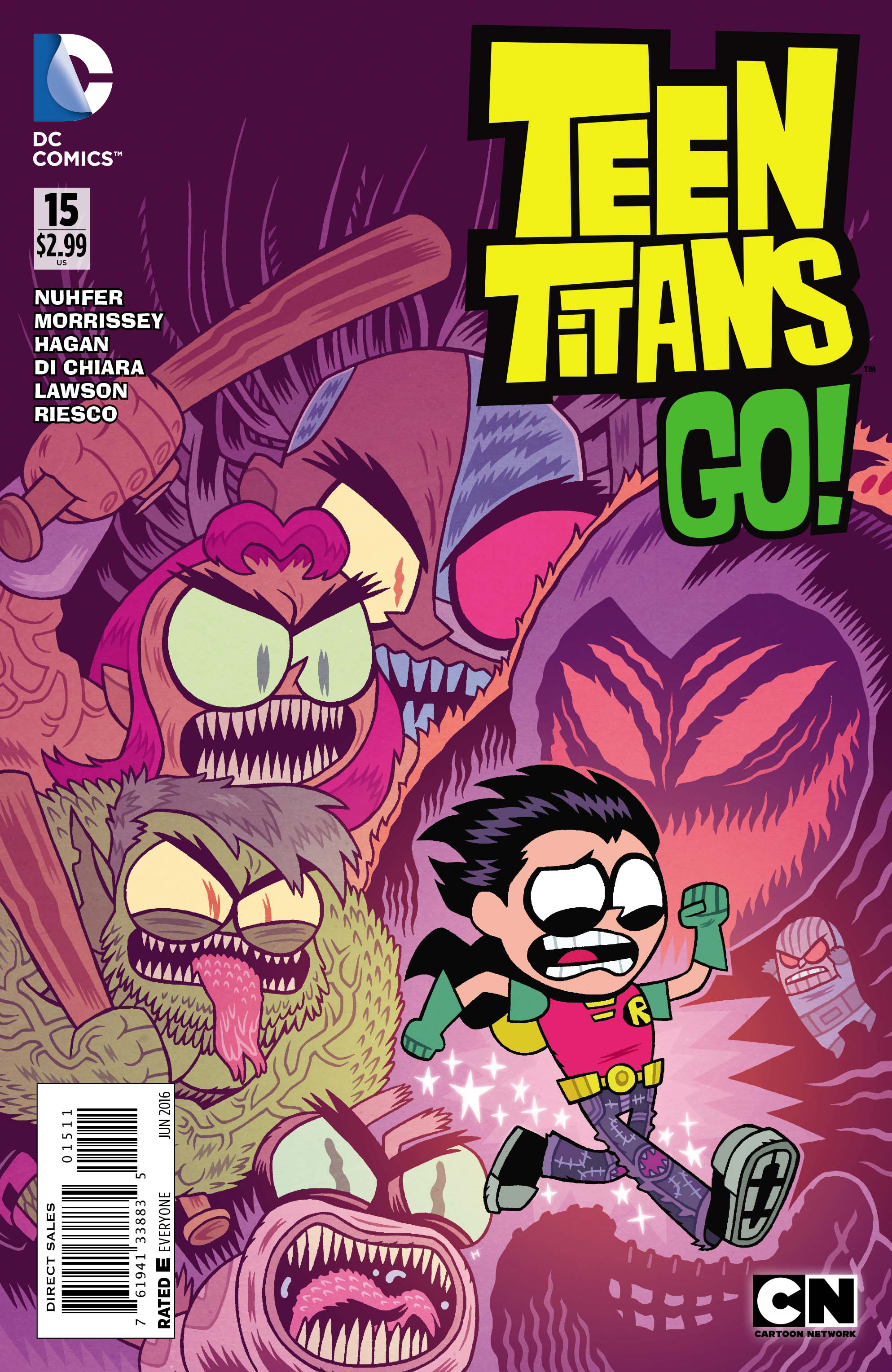 FEB160219
(W) Heather Nuhfer, Paul Morrissey, Merrill Hagan (A) Jeremy Lawson, Marcelo Di Chiara (CA) Dan Hipp
Raven and Cyborg create a pair of spooky-looking leggings from a pattern in one of Raven's arcane books. But Robin's in for quite the fright when he tries on these "Scaredy Pants"! Then, when Titans East instigates a friendly softball outing, Robin sees a vast conspiracy by Speedy to undermine his team. And when his mania spreads to the other Titans, they're going to turn a friendly game into a high-stakes death match.
In Shops: Apr 20, 2016
SRP: $2.99
View All Items In This Series