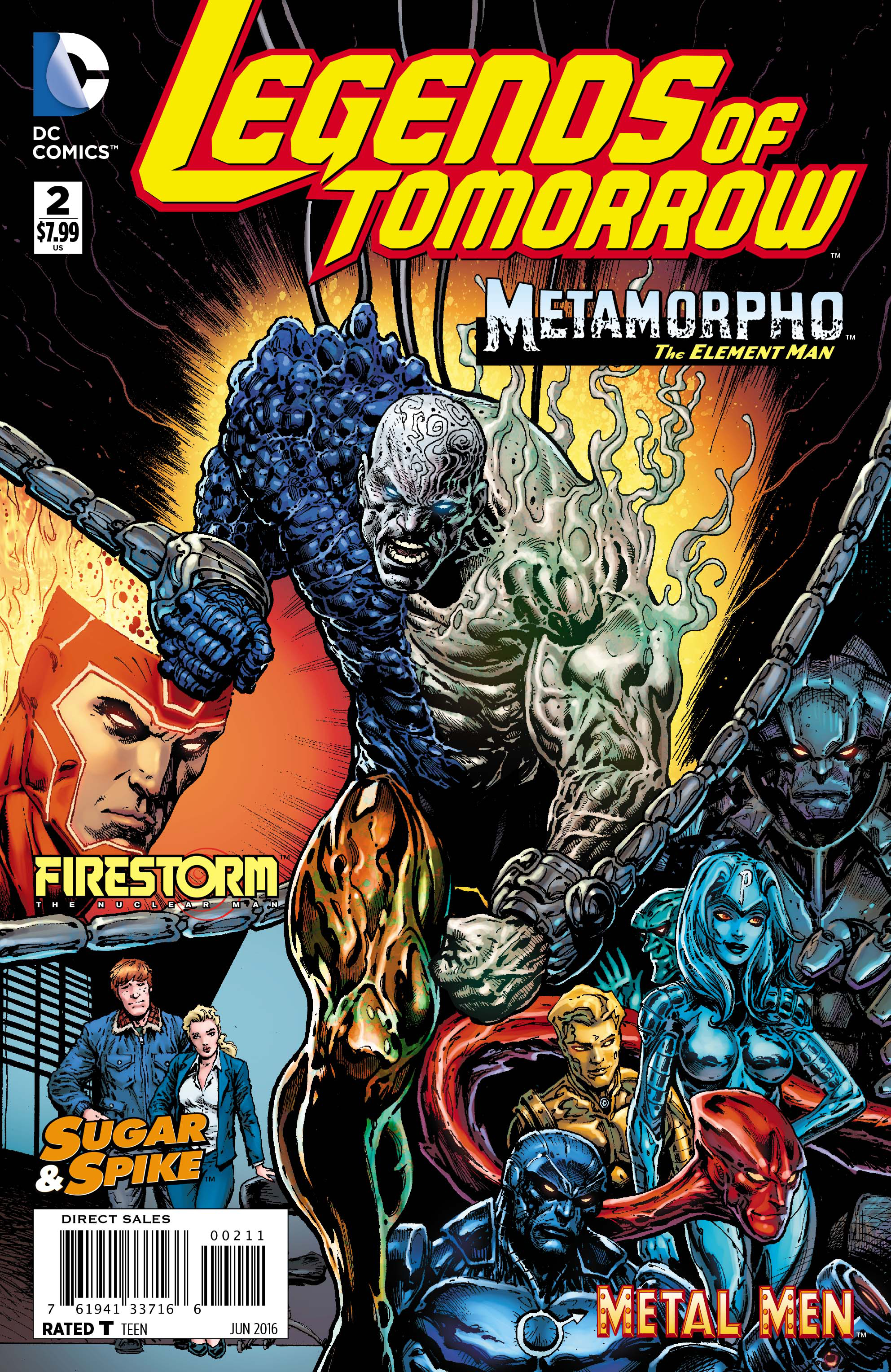 FEB160142
(W) Gerry Conway, Len Wein, Aaron Lopresti, Keith Giffen (A) Eduardo Pansica, Rob Hunter, Yildiray Cinar, Trevor Scott, Aaron Lopresti, Matt Batt Banning, Bilquis Evely (CA) Chris Sotomayor
FIRESTORM
Written by GERRY CONWAY
Art by EDUARDO PANSICA and ROB HUNTER
Multiplex is back-but Jason is in a coma and in critical condition. If Professor Stein is right, finding Multiplex could save Jason-if Stein and Ronnie can fuse together to become Firestorm!
METAL MEN
Written by LEN WEIN
Art by YILDIRAY CINAR and TREVOR SCOTT
The government wants them destroyed. The mysterious hacker called Nameless wants to experiment on them. But Doctor Will Magnus just wants to keep them safe. Someone is going to get what they want...the question is: who?
METAMORPHO
Written by AARON LOPRESTI
Art by AARON LOPRESTI and MATT BANNING
Metamorpho and Sapphire are free of Simon Stagg's control-but can they reach the Pyramid of Ak-Ton and discover the secret of the Orb of Ra before Kanjar Ro hunts them down?
SUGAR & SPIKE
Written by KEITH GIFFEN
Art by BILQUIS EVELY
Grab your flip-flops and sunscreen-Sugar & Spike are going to Superman Island, a tropical resort shaped like the Man of Steel! Their mission? Stop a group of land developers from uncovering the embarrassing and dangerous Kryptonian secret buried beneath the beach!
In Shops: Apr 20, 2016
SRP: $7.99
View All Items In This Series