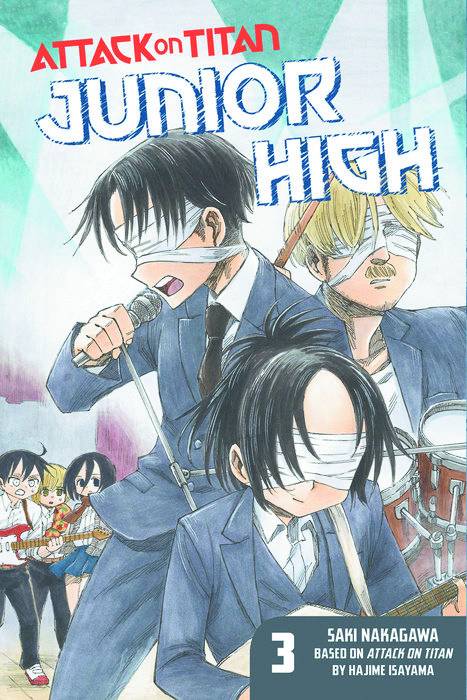 #
FEB151488
(W) Isayama Hajime (A/CA) Saki Nakagawa
Over 300 pages of hilarious comedy based on the popular Attack on Titan, except this time, all the characters are in junior high school! Eren and Mikasa enter a new school - Titan Junior High! However, Eren's hated Titans for years; can he get along with his (harmless?) classmates? Featuring fan favorite characters as you've never seen them before, this series is sure to delight, with a human-Titan volleyball match, a Titan rock band, and more!
In Shops: Apr 29, 2015
SRP: $16.99
View All Items In This Series
ORDER WISH LIST