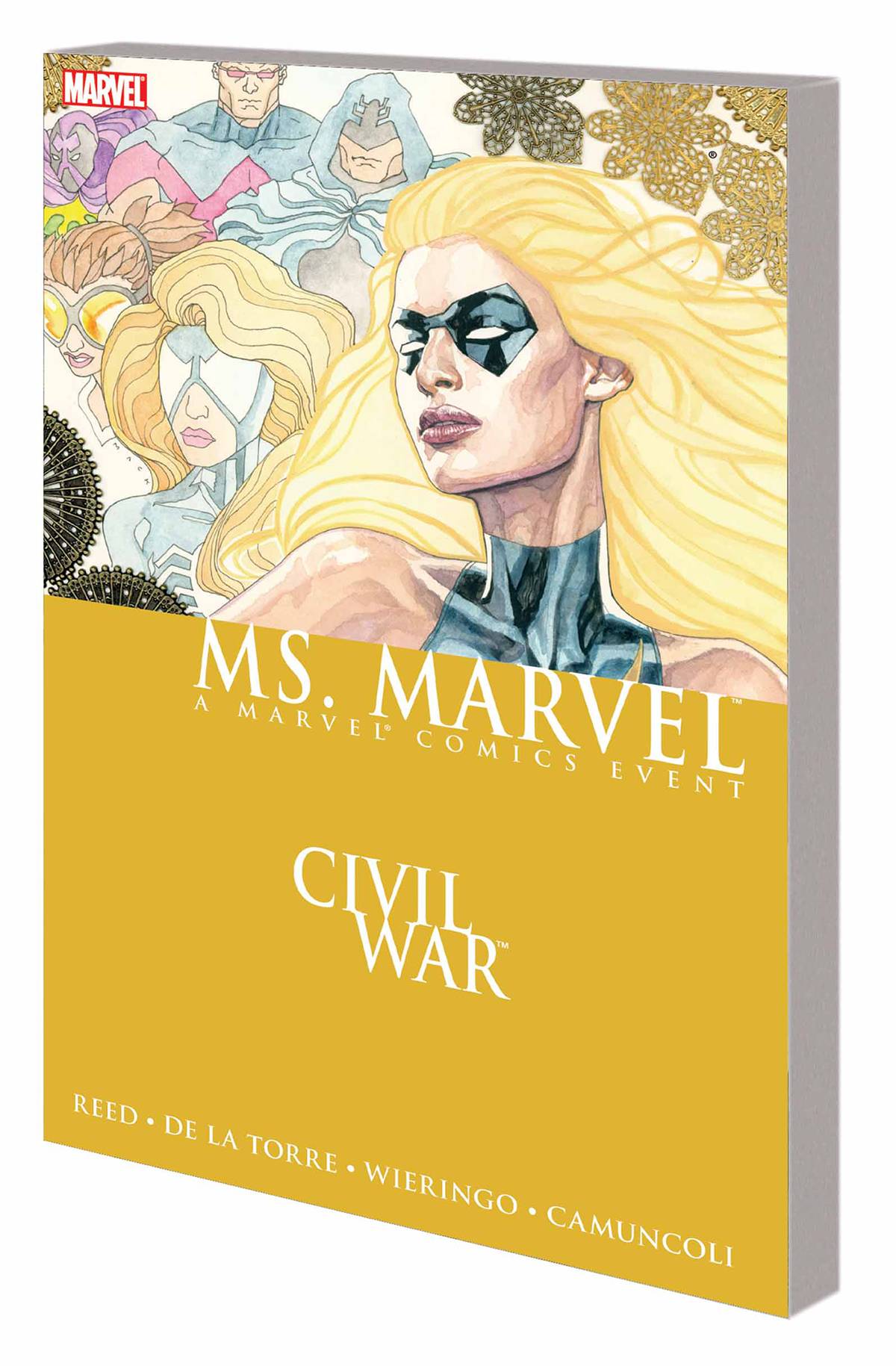 #
FEB150872
(W) Various (A) Various (CA) TBD
As Marvel's Civil War tears apart the super-hero community, Carol Danvers must choose between enforcing the new Super Hero Registration Act...or facing prison. Aided by Iron Man, Wonder Man and the teenage hero Araña, Carol battles former allies to enforce a law she may not agree with. But to do what she thinks is right, will she tear apart a family? Plus: Carol's past comes back to haunt her! She and the X-Men's Rogue must put aside their differences when a second Carol Danvers appears, seeking revenge on Rogue! And what happens when a boy with the power to make his dreams reality reads Carol's autobiography? It's action and drama as Carol Danvers confronts the chaos of Civil War - and the deadly skeletons of her past! Collecting MS. MARVEL (2006) #6-10 and MS. MARVEL SPECIAL #1.
Rated T+
In Shops: May 20, 2015
SRP: $19.99
ORDER WISH LIST