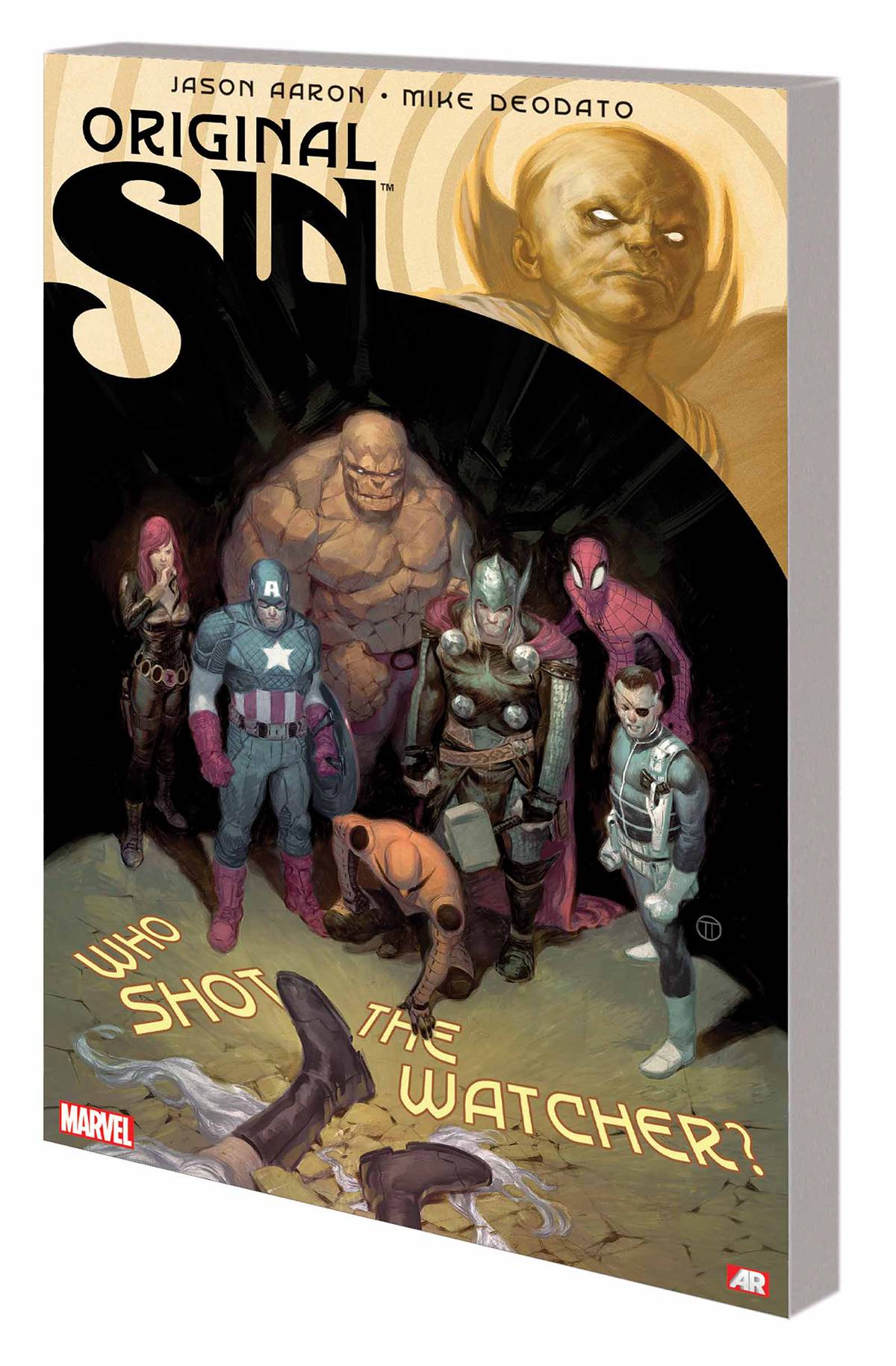 #
FEB150862
(W) Ed Brubaker, Mark Waid, Jason Aaron (A) Javier Pulido, Jim Cheung, Mike Deodato (CA) Julian Totino Tedesco
Who killed the Watcher? Uatu, the mysterious space-god who observes mankind from the moon...is dead. Thus begins the greatest murder mystery in Marvel history! As Nick Fury leads Marvel's heroes in an investigation, other forces marshal and other questions arise. Who is the Unseen? What was stolen from the Watcher's lair? Why is Black Panther gathering a secret team of his own - including Emma Frost, the Punisher and Doctor Strange? Fury's cosmic manhunt leads to the far corners of the universe, but just when the Avengers think they've cornered their murderer...everything explodes, unleashing the Marvel Universe's greatest secrets and rocking the heroes to their core! What did the Watcher see? Who pulled the trigger? What was the Original Sin? Find out here! Collecting ORIGINAL SIN #0-8 and material from POINT ONE.
Parental Advisory
In Shops: Apr 29, 2015
SRP: $34.99