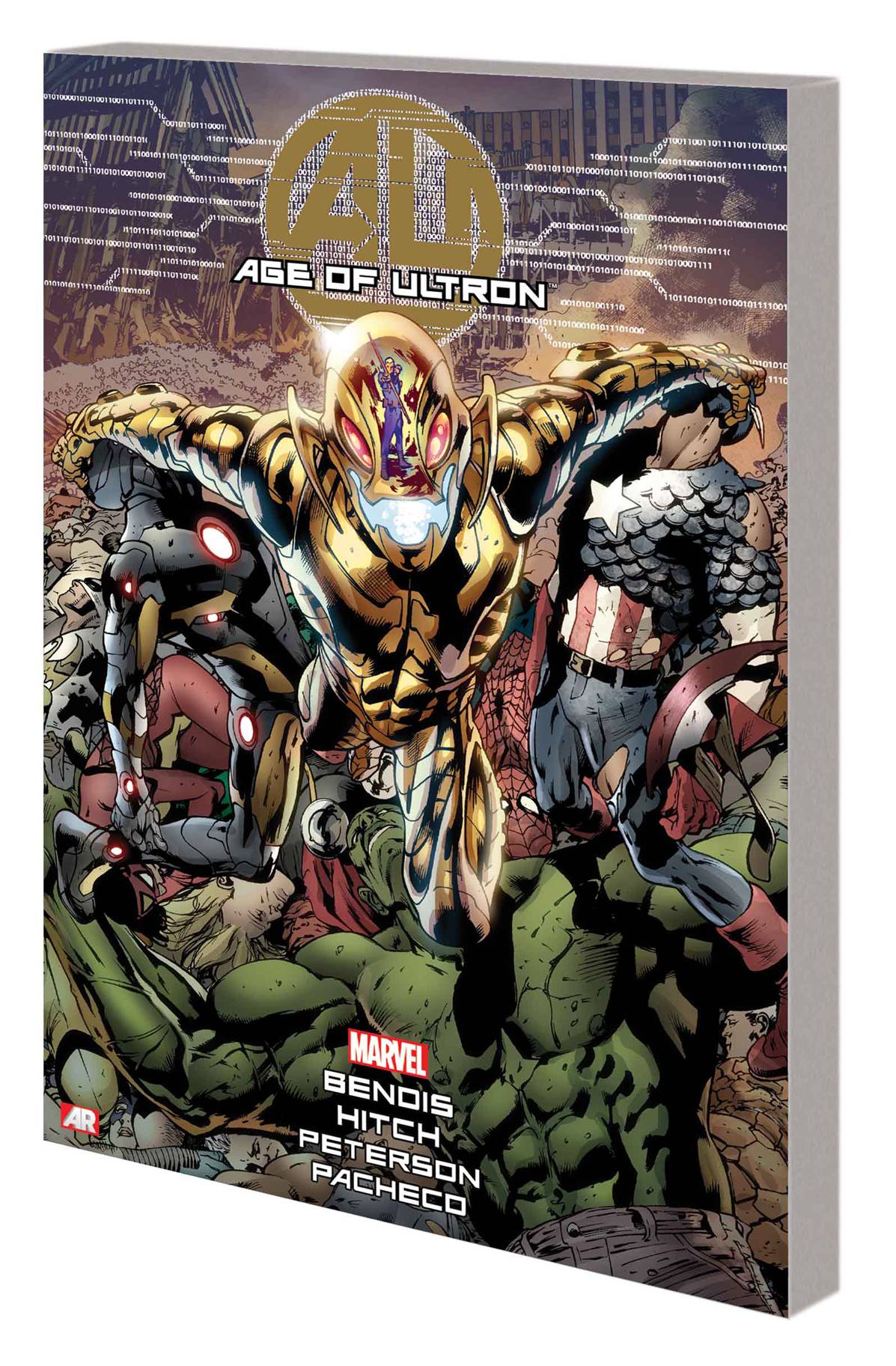 #
FEB140842
(W) Brian Michael Bendis (A) Various (CA) Bryan Hitch
Humanity's time is over. Submit or perish, because the Age of Ultron has arrived! The artificial intelligence known as Ultron has fought for years to eradicate mankind - and now, it has all but succeeded. The few remaining heroes are battered, broken, almost beaten and left considering desperate measures - some more desperate than others. But when Wolverine breaks ranks and pursues his own plan to defeat Ultron, will his drastic action cause more problems than it solves? Brian Michael Bendis presents the ultimate triumph of the Avengers' greatest villain in an epic that will shake worlds! Collecting AVENGERS (2010) #12.1 and AGE OF ULTRON #1-10.
In Shops: May 07, 2014
SRP: $34.99
ORDER WISH LIST