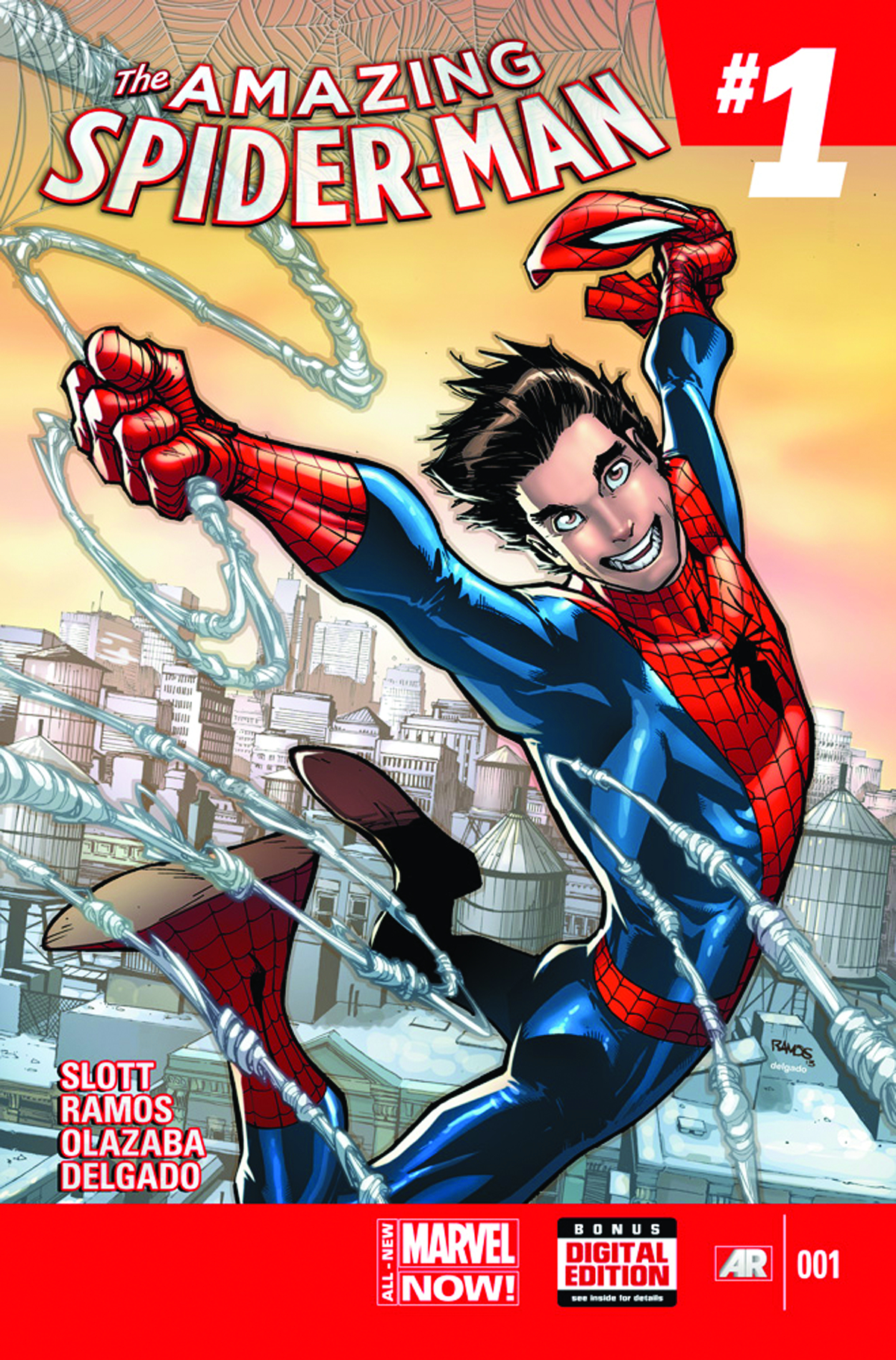 FEB140664
(W) Dan Slott, Christopher Yost, Joe Caramagna, Peter David (A) Ramon K. Perez, Giuseppe Camuncoli, Victor Olazaba, Javier Rodriguez, Alvaro Lopez, John Dell, Cam Smith, Chris Eliopoulos, Will Sliney, David Baldeon, Jordi Tarragona (A/CA) Humberto Ramos
The Greatest Super Hero of All Time RETURNS!
The world may have changed since Spidey's been gone, but so has Peter Parker. This is a man with a second chance at life, and he's not wasting a moment of it. Same Parker Luck, new Parker attitude. Putting the "friendly" back in the neighborhood, the "hero" back into "super hero," and the "amazing" back into "Spider-Man!" Also returning: The recharged and reenergized ELECTRO!
In Shops: Apr 30, 2014
SRP: $5.99
View All Items In This Series
ORDER WISH LIST