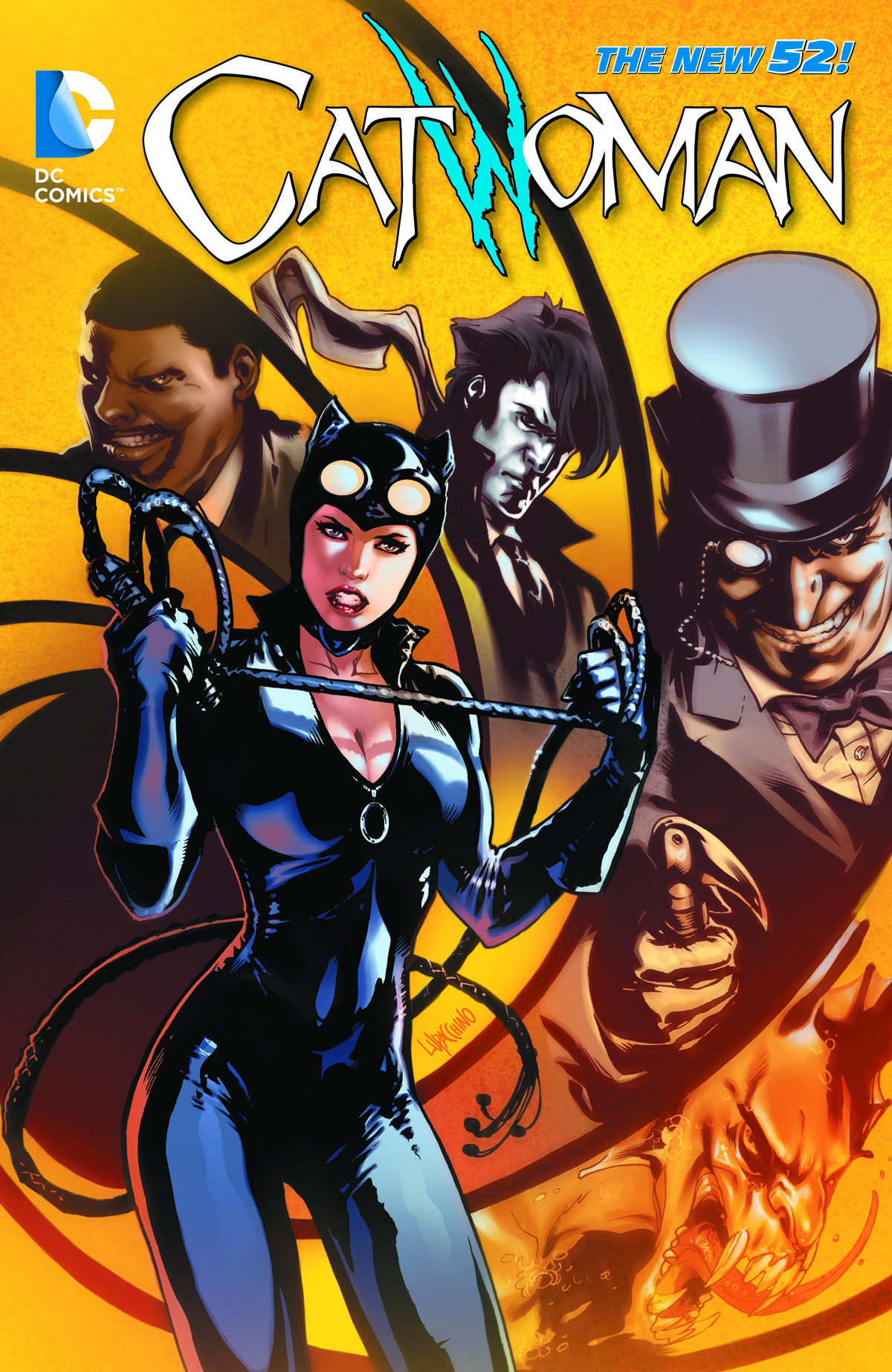 FEB140253
(W) Ann Nocenti, Scott McDaniel (A) Rafael Sandoval, Jordi Tarragona, Christian Duce, Georges Jeanty, Aaron Lopresti, Stefano Martino, Scott McDaniel, Diogenes Neves, Cliff Richards, Mateus Santolouco, Dexter Vines, Walden Wong, John Livesay (CA) Rachel Dodson, Terry Dodson
After being robbed time and time again by Catwoman, The Penguin has decided to wage war against the thieving antihero. But he isn't the only one after her. Someone named The Joker's Daughter is after Catwoman. Who is she, and why has she come to Gotham City? Don't miss these stories from CATWOMAN #20-24 and 26, CATWOMAN ANNUAL #1 and BATMAN: THE DARK KNIGHT #23.4: JOKER'S DAUGHTER.
In Shops: May 28, 2014
SRP: $17.99
View All Items In This Series
ORDER WISH LIST