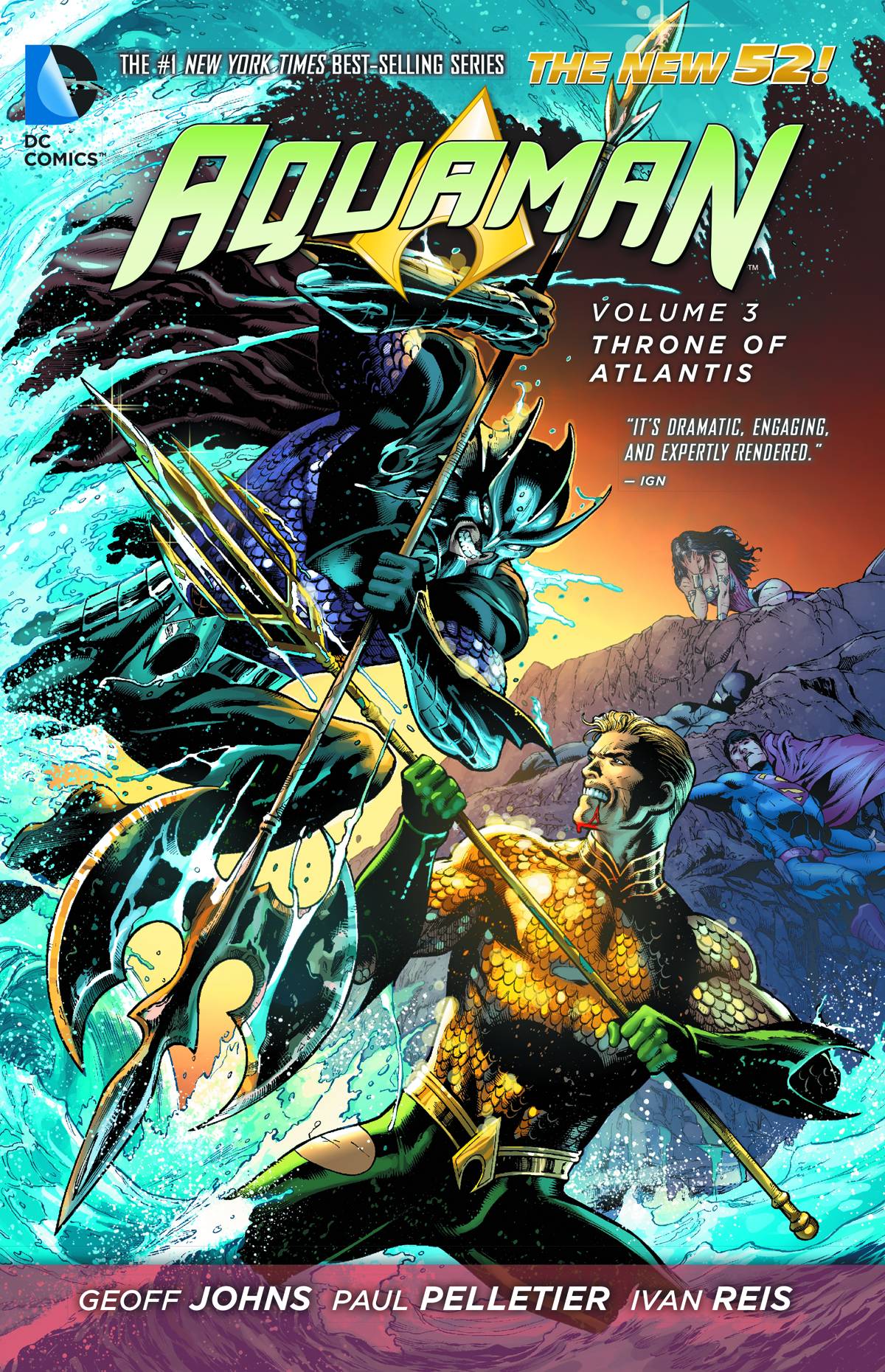 #
FEB140252
(W) Geoff Johns (A) Ivan Reis, Joe Prado, Paul Pelletier, Pete Woods, Pere Perez, Sean Parsons, Art Thibert, Oclair Albert, Marlo Alquiza, Ruy Jose, Karl Kesel, Cam Smith (CA) Eddy Barrows, Eber Ferreira
Aquaman, who long ago lost contact with his people, must watch as armies emerge from the sea to attack the surface world. The Justice League answers the call to defend the shores from the invading Atlantean horde. But whose side is Aquaman on? With his brother Orm at the head of the undersea army, will Aquaman stand with his Earth-bound super team or his own people? Find out in this exciting title collecting AQUAMAN #0 and 14-16 and JUSTICE LEAGUE #15-17.
In Shops: May 14, 2014
SRP: $16.99
View All Items In This Series
ORDER WISH LIST