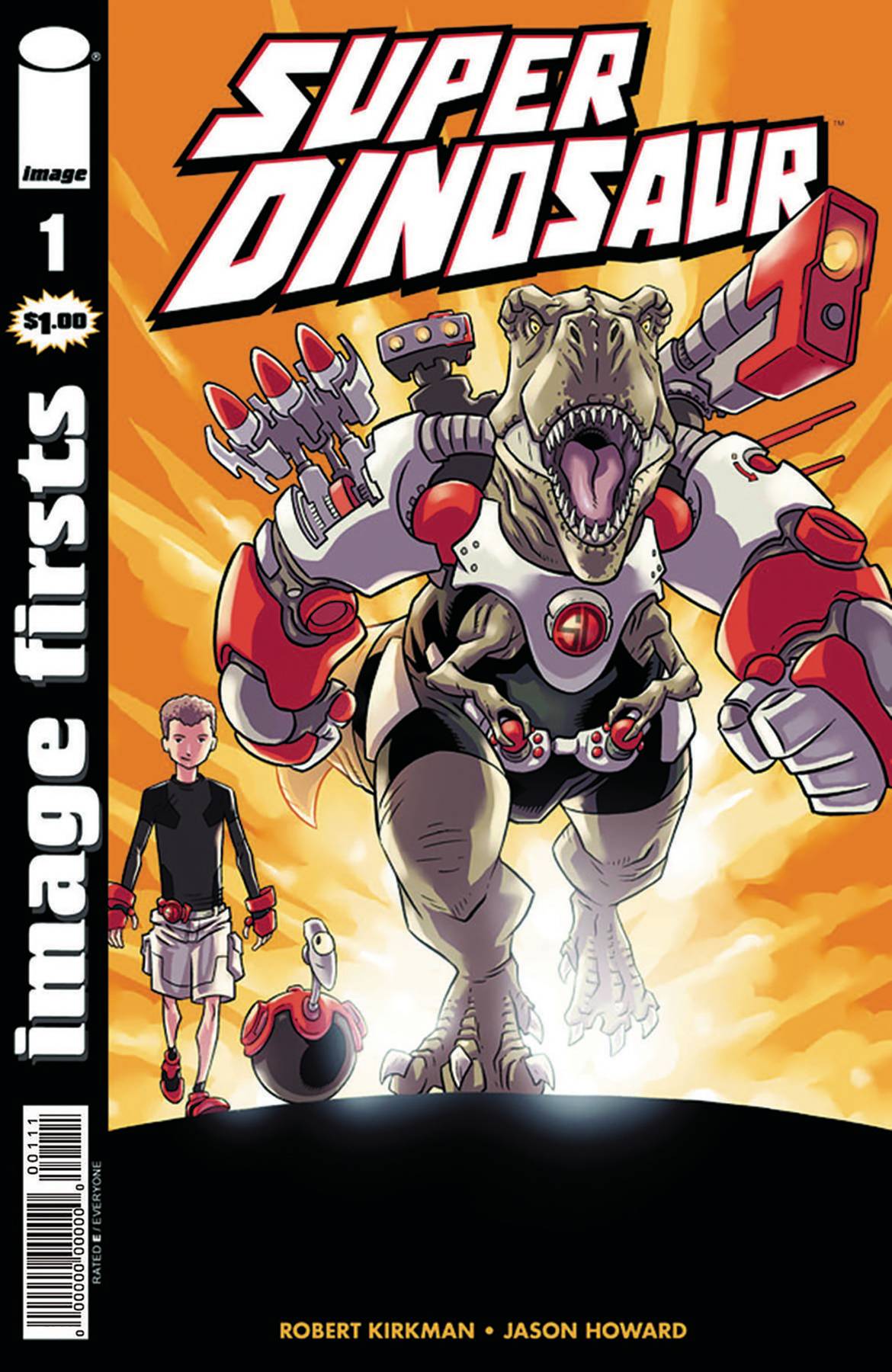 #
FEB138580
(W) Robert Kirkman (A/CA) Jason Howard
This is where it begins! The Evil Max Maximus wants to get to Inner-Earth! He wants the dinosaurs that live there! He wants the powerful DynOre mineral that originates there! SUPER DINOSAUR and DEREK DYNAMO are the only ones who can stop him! The fate of the world rests on the shoulders of a ten year-old kid and his best friend, a nine-foot tall Tyrannosaurus Rex who loves to play video games.
In Shops: May 01, 2013
SRP: $1.00
View All Items In This Series