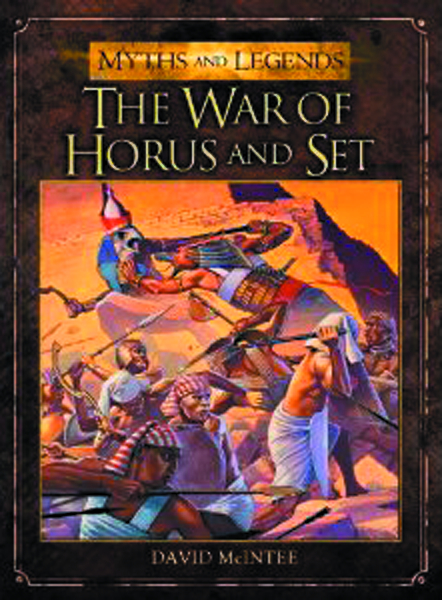 FEB131920
Long ago the brother gods Osiris and Set ruled peacefully over the lands of Upper and Lower Egypt, each in his own kingdom. But over time Set came to covet his brother's lands and crown, and eventually the temptation overwhelmed him. Usurping Osiris' throne, Set began a blood feud that spread war, death and mutilation through both the heavens and the earth. Gods and men chose sides and took up arms on behalf of both Set and Horus, the heir of Osiris. This book retells the mythic struggle between Horus and Set, exploring the variations and background to the feud, and examining the earthly realities that inspired, or reflected, the actions and allegiances of the Gods.
In Shops: May 22, 2013
SRP: $17.95