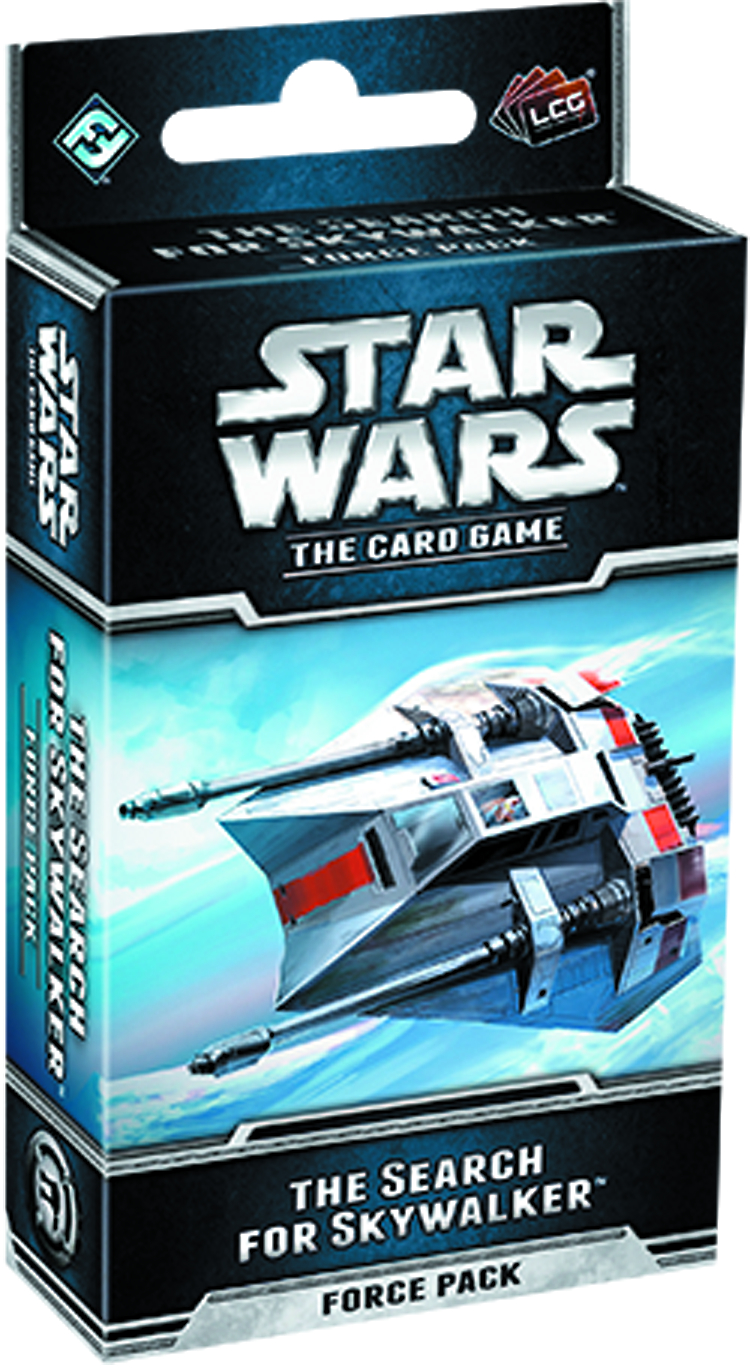 FEB131912
Light and dark side forces prepare for all-out war in The Search for Skywalker, the second Force Pack from The Hoth Cycle for Star Wars: The Card Game! Rebels and their allies look to reinforce their position at Echo Base as the Imperial Navy deploys its fleet and sets course for the ice planet of Hoth. Two copies each of five new, complete objective sets add new characters, Star Destroyers, and Rebel defenses to carry players deeper into the Battle of Hoth!
In Shops: May 08, 2013
SRP: $14.95