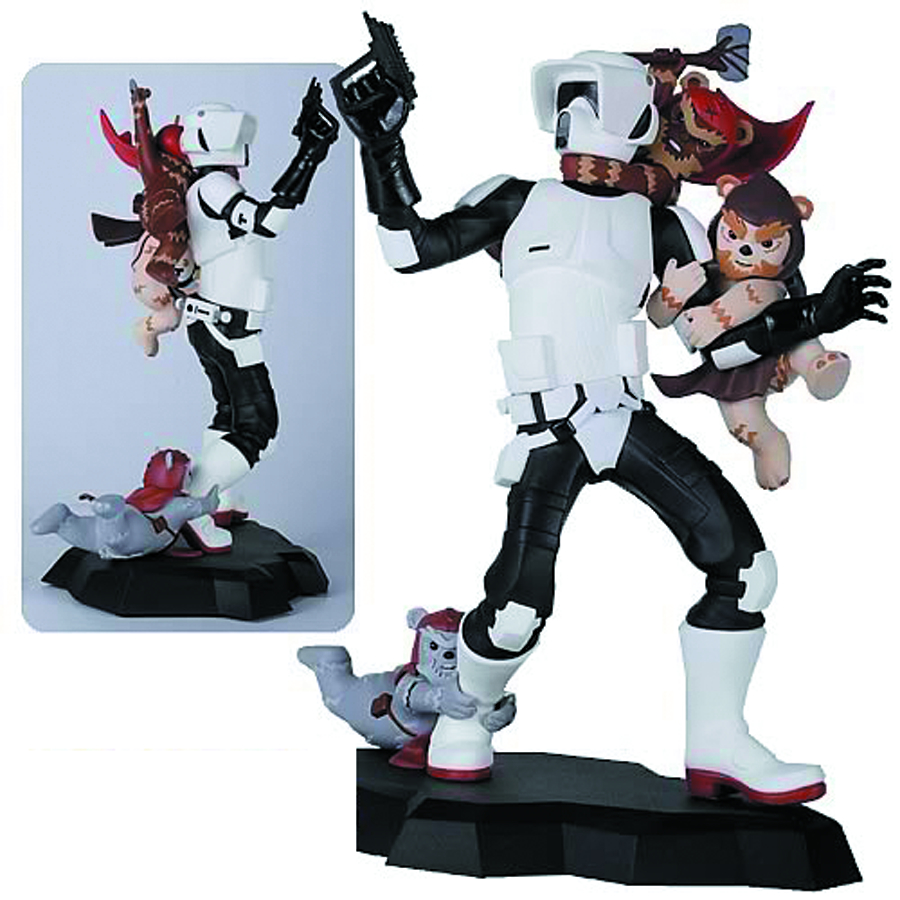 FEB131662
A Gentle Giant Sculpt! The Empire's finest, on the run from Endor's furriest! On the forest moon of Endor, the Imperial base was protected by the Scout Troopers. Mounted on their speeder bikes, these troopers patrolled the wild woods of the forest moon, occasionally falling prey to the native Ewoks. This statue from Gentle Giant depicts a Scout Trooper in a hairy situation! Beset by two Ewoks, the Scout Trooper may not live to patrol another day! Standing 10" tall, the statue is cold cast in the highest quality polystone. Limited to 1,200 pieces, the maquette comes with a Certificate of Authenticity.