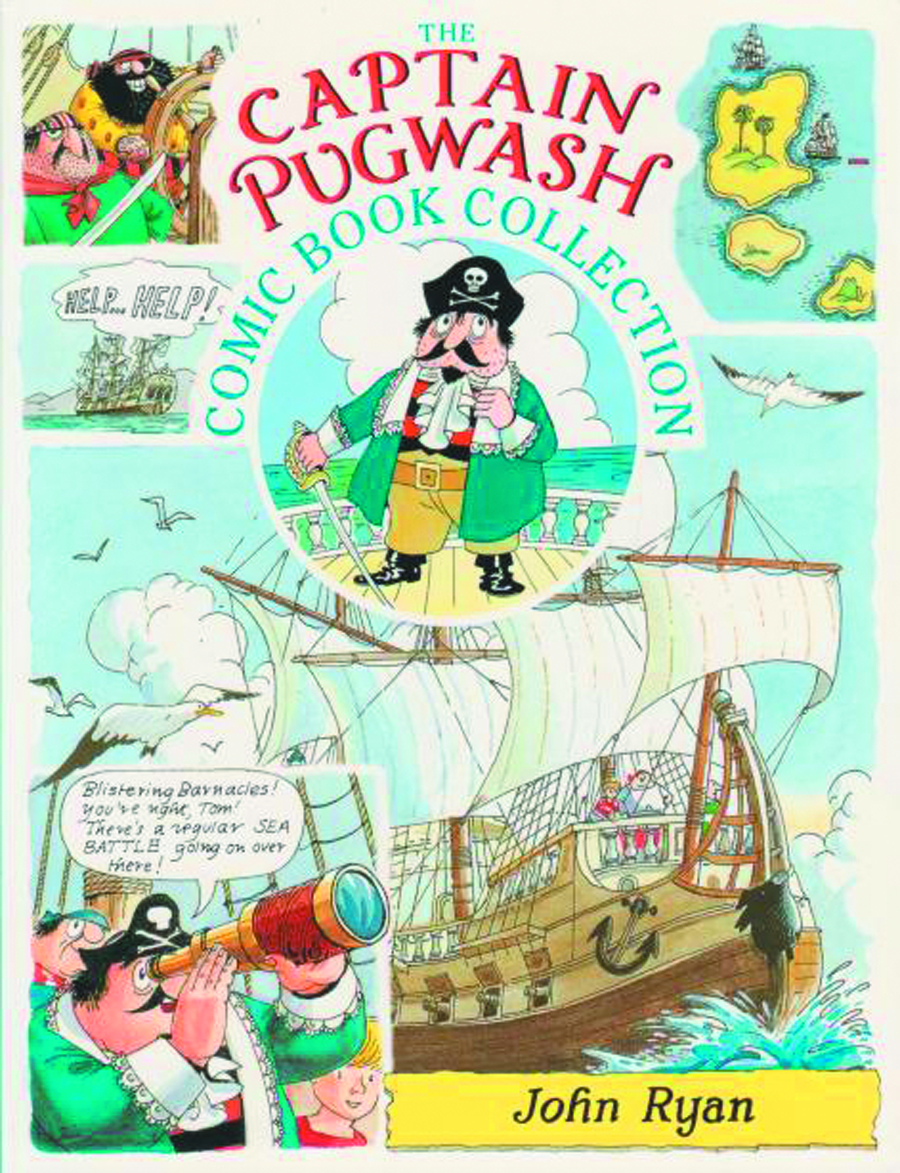 FEB131019
(W) John Ryan (A/CA) John Ryan
This great value paperback collection brings together three classic stories about the much loved bumbling pirate told in comic book format. In the style of Tintin and Asterix, these stories will delight fans as well as make a fantastic introduction to the cowardly captain. In The Secret of the San Fiasco, Pugwash takes his crew on holiday to the wild west coast of Scotland. The Battle of Bunkum Bay sees Pugwash taking on the might of both English and French navies and becoming embroiled in a major battle, all for more treasure. And in The Quest of the Golden Handshake Pugwash and crew snatch a genuine treasure map from under the nose of Cut-throat Jake.
In Shops: Apr 17, 2013
SRP: $14.99