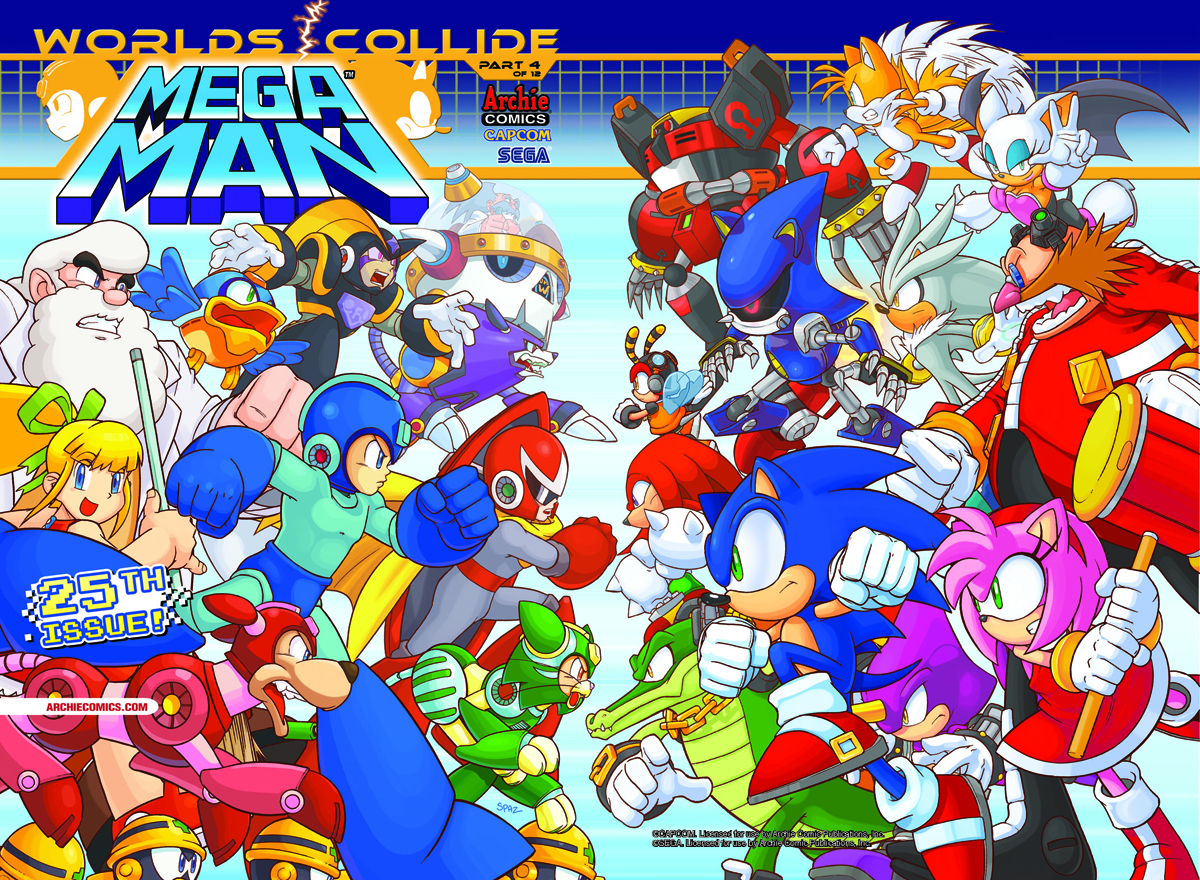 FEB130735
(W) Ian Flynn (A) Matt Herms, John Workman, Jamal Peppers, Jim Amash (CA) Patrick Spaz Spaziante
"When Worlds Collide," Part 4 of 12. It's Sonic versus Mega Man - Round Two! Celebrate 25 issues of Mega Man with the throwdown brawl to end all throwdown brawls! The Blue Bomber has the home field advantage this time; can Sonic keep up in this unfamiliar city? Meanwhile, Drs. Eggman and Wily make their boldest move yet in their master plan! This milestone issue marks the dramatic conclusion to the first act in the biggest crossover story of 2013! Featuring a stunning gatefold cover by Sonic/Mega Man art legend Patrick Spaziante, and a special "E.F.F. (aka Evil Friends Forever) variant" featuring Drs. Eggman and Wily on a (presumably evil) bicycle built for two!
In Shops: May 08, 2013
SRP: $2.99
View All Items In This Series