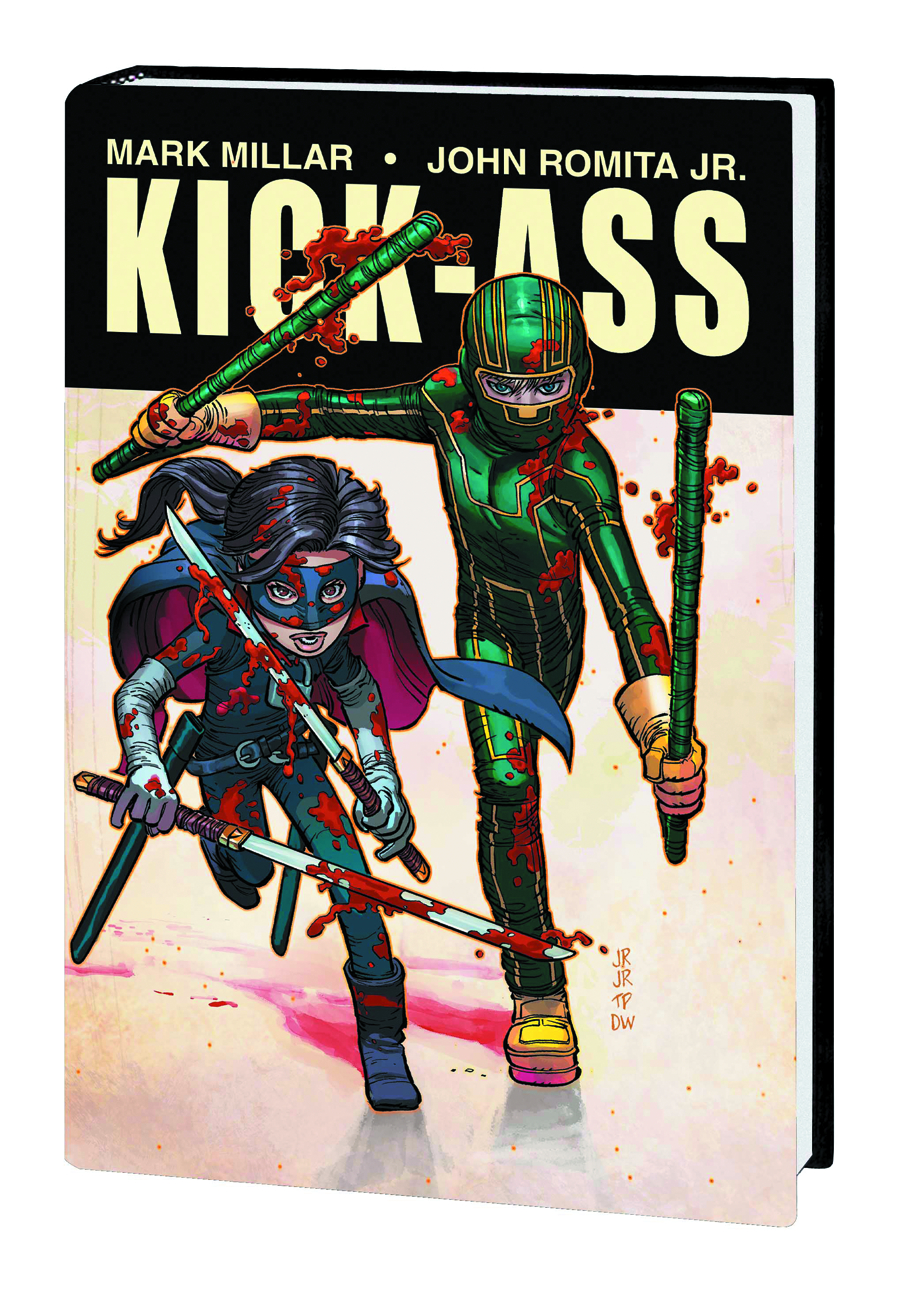 FEB130604
(W) Mark Millar (A/CA) John Romita
Have you ever really wanted to be a super hero? No, I mean really wanted to? Dave Lizewski has - and he's not willing to let it stop with simple daydreams. Designing a suit for himself and taking the name "Kick-Ass," Dave decides to make his dreary existence more exciting - and maybe even help some people in the process. But with no special powers and outmatched by New York City's most hardened criminals, Kick-Ass might be in for a little more than he bargained for. With his super-hero secret identity gaining fans due to a popular viral video, and other masked vigilantes such as Hit-Girl and Big Daddy making their presence felt in the city, Dave knows that his extracurricular activity is dangerous, maybe even stupid - but he's got the itch, and it ain't going away. Extras include variant covers, character design sketches, script to story progression, and introduction by Rob Liefeld. Collecting KICK-ASS #1-8.
In Shops: May 01, 2013
SRP: $39.99