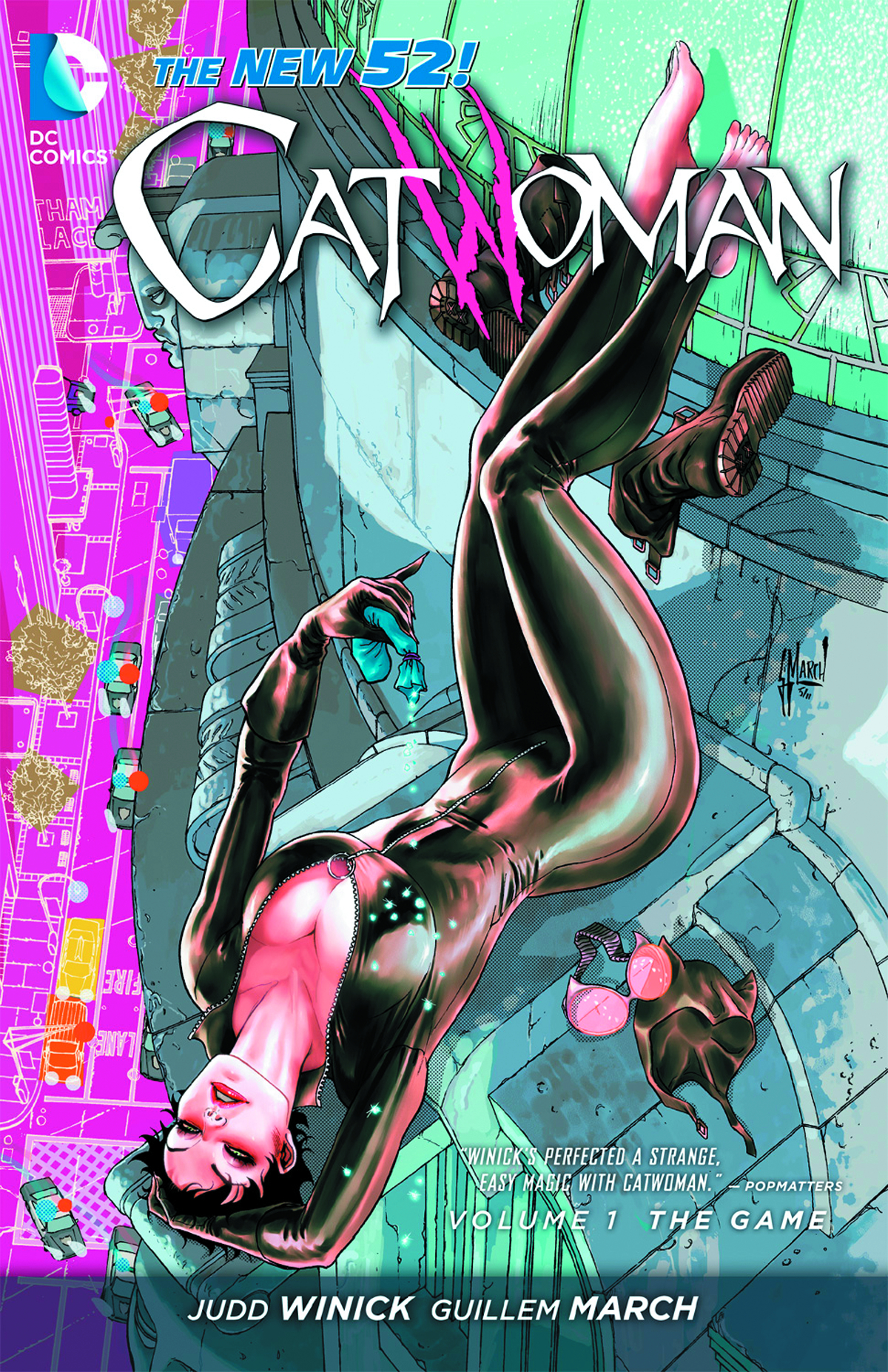 FEB120248
(W) Judd Winick (A/CA) Guillem March
Collecting the first six issues of the DC Comics - The New 52 series! Meet Selina Kyle, also known as Catwoman. She's addicted to the night. Addicted to shiny objects. Addicted to Batman. Most of all, Catwoman is addicted to danger. She can't help herself, and the truth is - she doesn't want to. She's good at being bad, and very bad at being good. But this time, Selina steals from the wrong man, and now he's got her. He wants his stuff back, he wants answers and he wants blood. Writer Judd Winick begins a new chapter for CATWOMAN - let's hope she makes it out alive!