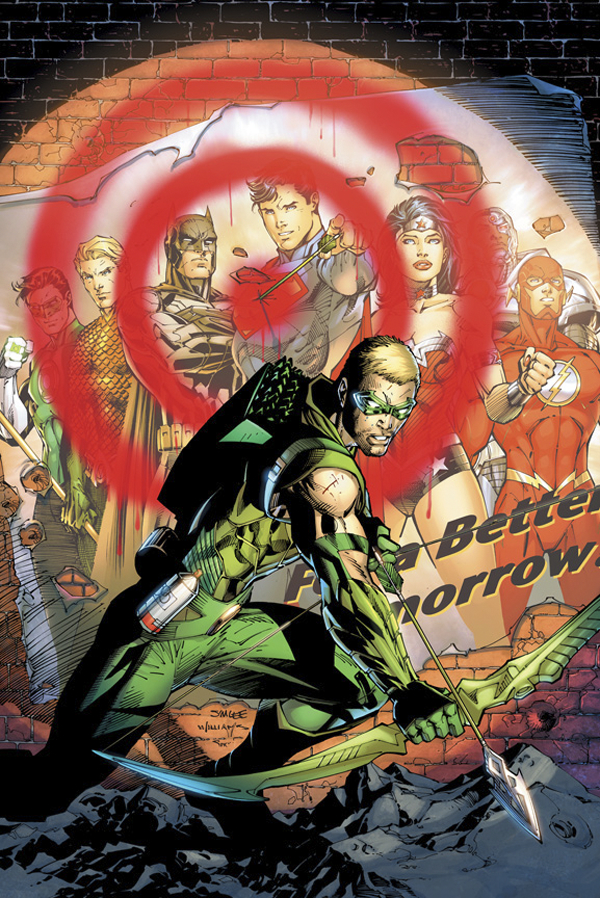 FEB120163
(W) Geoff Johns (A) Carlos D'anda, Gary Frank (CA) Jim Lee
In the five years that the Justice League has been a team, Green Arrow has never once been a member. And he intends to rectify that right here, right now! One member against his candidacy: Aquaman! Plus, in "The Curse of Shazam" part 2, Billy Batson meets his new "siblings" and a wizard named Shazam! The encounters end in completely unexpected ways! This issue is also offered as a special combo pack edition, polybagged with a redemption code for a digital download of this issue.